This THURSDAY at Valentin’s Bar & Grill 7PM! San Diego favorite and self-professed weirdo comic Chris Clobber comes to the Comedy Heights stage! He’s a force for good in the local scene, and has appeared on A&E, ABC, CBS, NBC, Showtime and Comedy Central. We’re very excited to have him and our full lineup withAndrew Tarr, Neil Singh, Kat McCoy and Maria Herman to get your weekend started early! Reserve your table now by calling (619)-669-1979 . 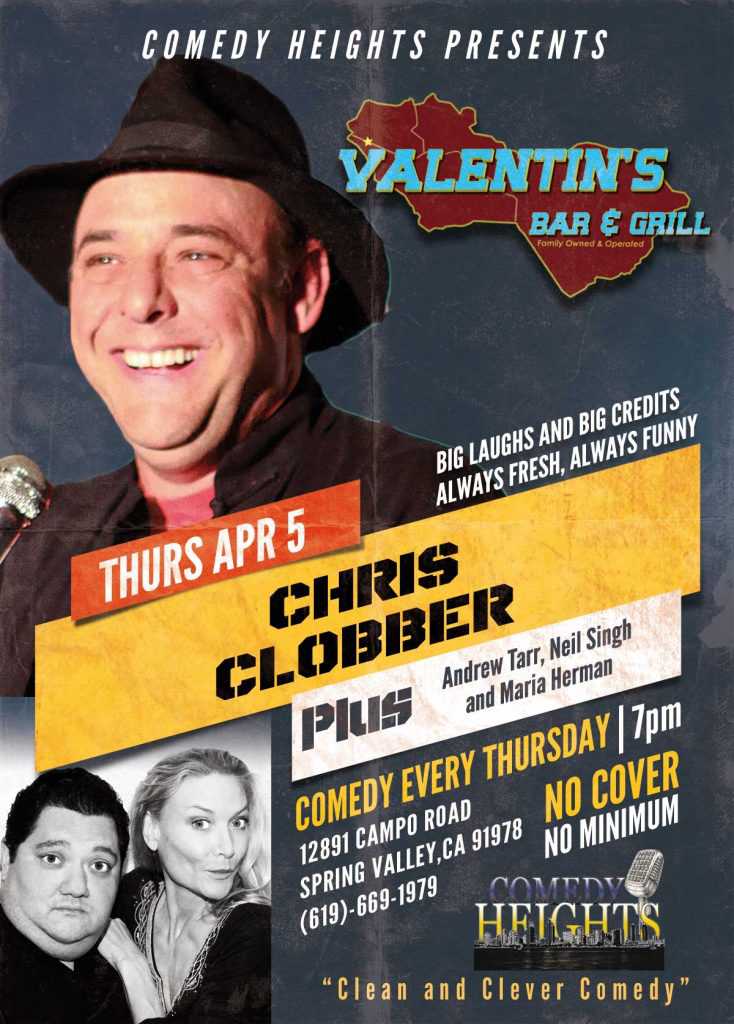