Connor McSpadden is a young tall guy who’s already appeared on Fox Laughs and is touring the country as a comedian. Simply hilarious and Comedy Heights loves to support up and coming comedians with a big future. Featuring tonight is Maher Matta who shares stories of being an immigrant and a new Dad 🙂 Al Gavi and Maria Herman welcome you to join them every week at Comedy Heights for the best PG13TV Clean Stand Up Comedy show in San Diego :0) 5 Star Yelp! rated reviews every week. And comedians from LA just banging down the doors to get stage time. Come by 730pm to ensure a seat. Parking can be tough but you will get a spot – just give yourself enough time. Every week – comedians who’ve appeared on Comedy Central, HBo, Showtime and more – mixed in with up and comers who are the stars of tomorrow. 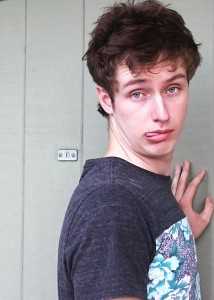