Tomorrow at Valentin’s Bar & Grill 7PM! Bijan Mostafavi comes to best little Mexican Restaurant in Jamul! He was a finalist in the San Diego’s Funniest Person Contest, and won Temecula’s Comedy Contest, Indi.com Comedy Contest Winner, and was also a finalist in the Improv Nationwide “Up Your’s” contest in 2012. We’re thrilled to have him come up this weekend alongside Alec Parent, Grace Klein, and Adam Connie! Reserve your table now by calling (619)-669-1979. 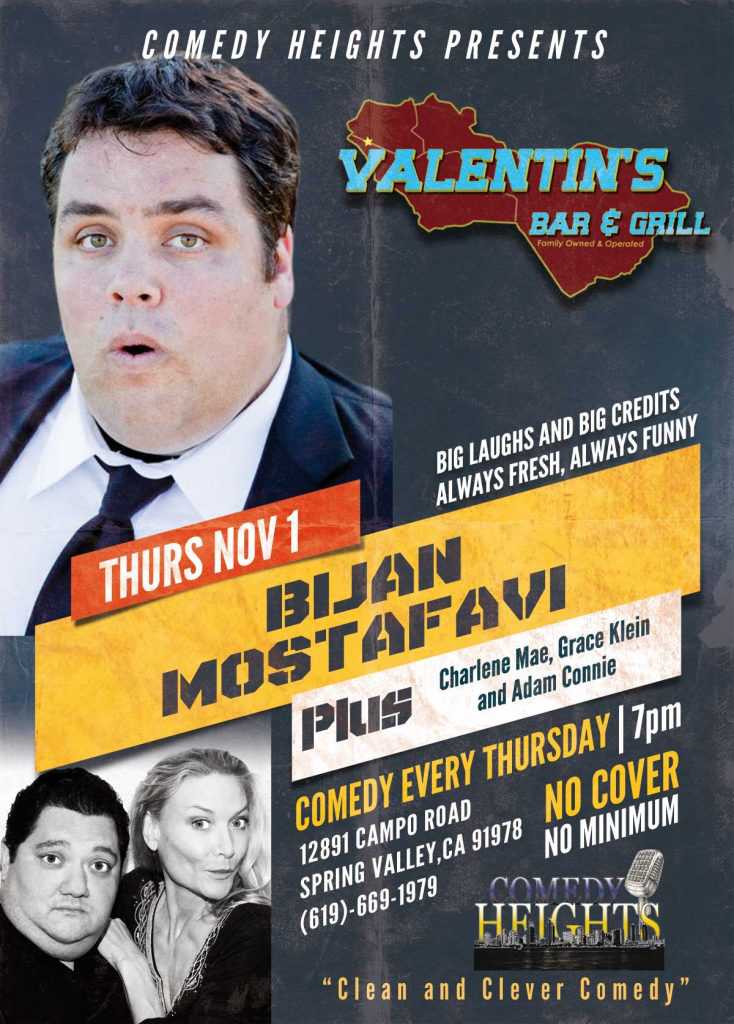