March 12th at THE LOT in Liberty Station!

Tomorrow Night Trenton Davis comes to Comedy Heights’ newest comedy night at THE LOT in Liberty Station! Trenton is an excellent LA-based comic who was a runner up at the San Francisco International Comedy Competition, and has appeared on The Real, Laughs on Fox, and Bar Rescue. Tomorrow he’ll create a genuine comedy experience in one of Point Loma’s highest-quality venues alongside Laura Hayden, Matin Atrushi and Maria Herman. 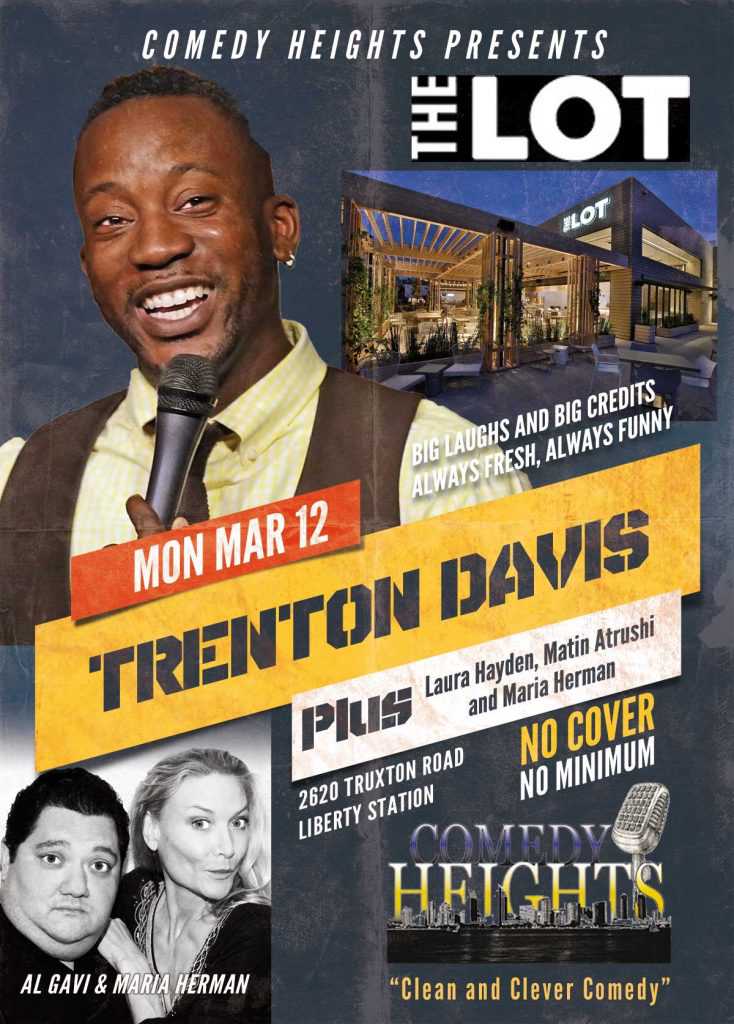