April 30th at The Lot in Liberty Station! Stephanie Blum!

Tomorrow Night, hilarious mom and author Stephanie Blum comes to Comedy Heights’ all new comedy night at THE LOT in Liberty Station! Stephanie was crowned New York’s Funniest Female, chosen for HBO’s U.S. Comedy Arts Festival and recognized by The New York Timesas “a woman with a sitcom life” consisting of her mentally ill brother and hypochondriac father. We’re thrilled to have her, and she’s coming to our stage tomorrow with Ori Amir, Tim Lee, Easily Distracted, and Al Gavi! 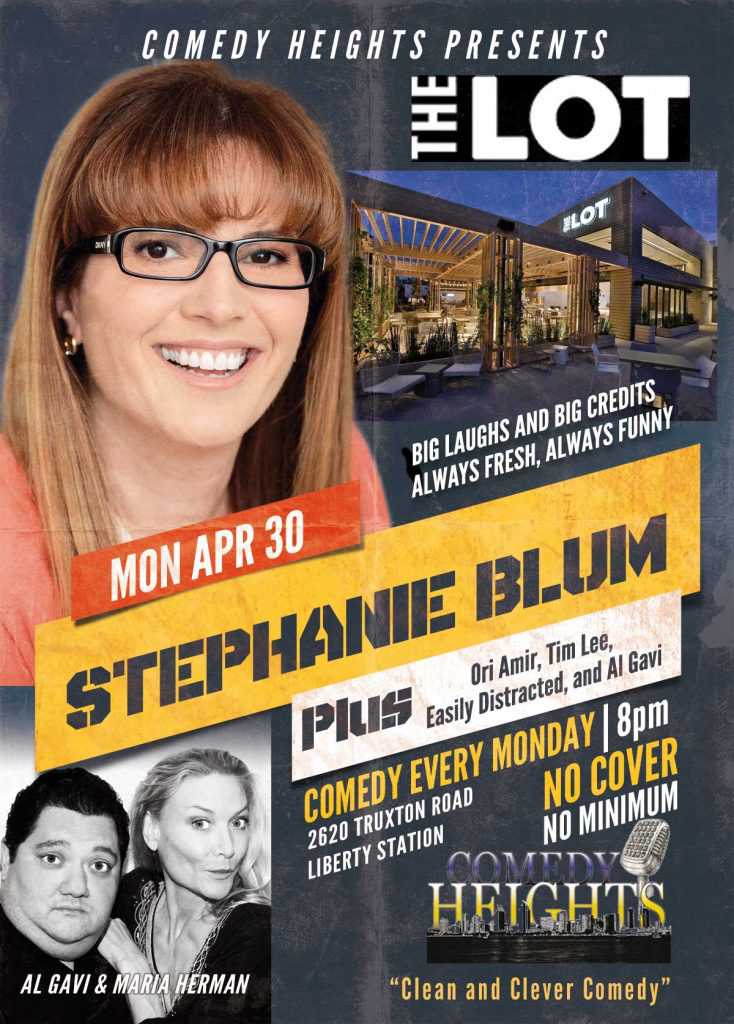