April 23rd at The Lot in Liberty Station! Ray Easter!

Tomorrow Night, LA based comic Ray Easter comes to Comedy Heights’ all new comedy night at THE LOT in Liberty Station! He’s a hilarious comic known for clips on Funny or Die and his writing for The Press Play Then Laugh Project, and he’s performed at the Glendale Comedy Festival, 360 Comedy Festival, and the NW Black Comedy Festival. In early 2017, he has done his first international performances at the TakeOut Comedy Club in Hong Kong, China and for the Elephant Nature Park Benefit in Chiangmai, Thailand.
Tomorrow, he’s coming to The Lot with David Rosenberg, Grace Klein, and Al Gavi! 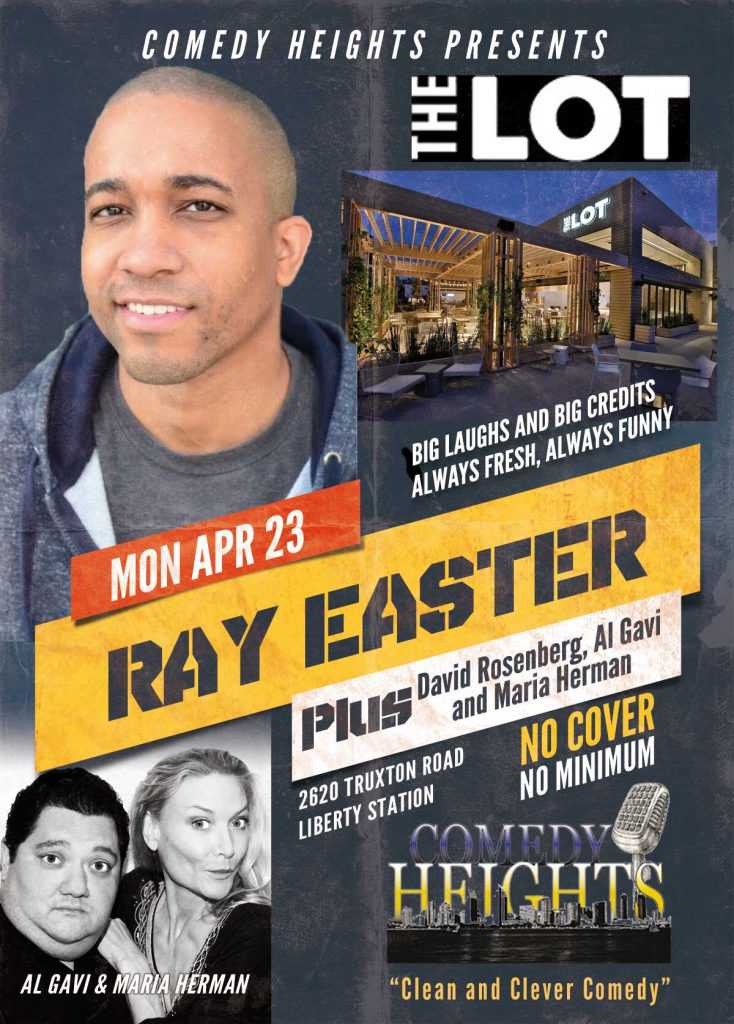