May 14th at The Lot in Liberty Station! JP Connolly! 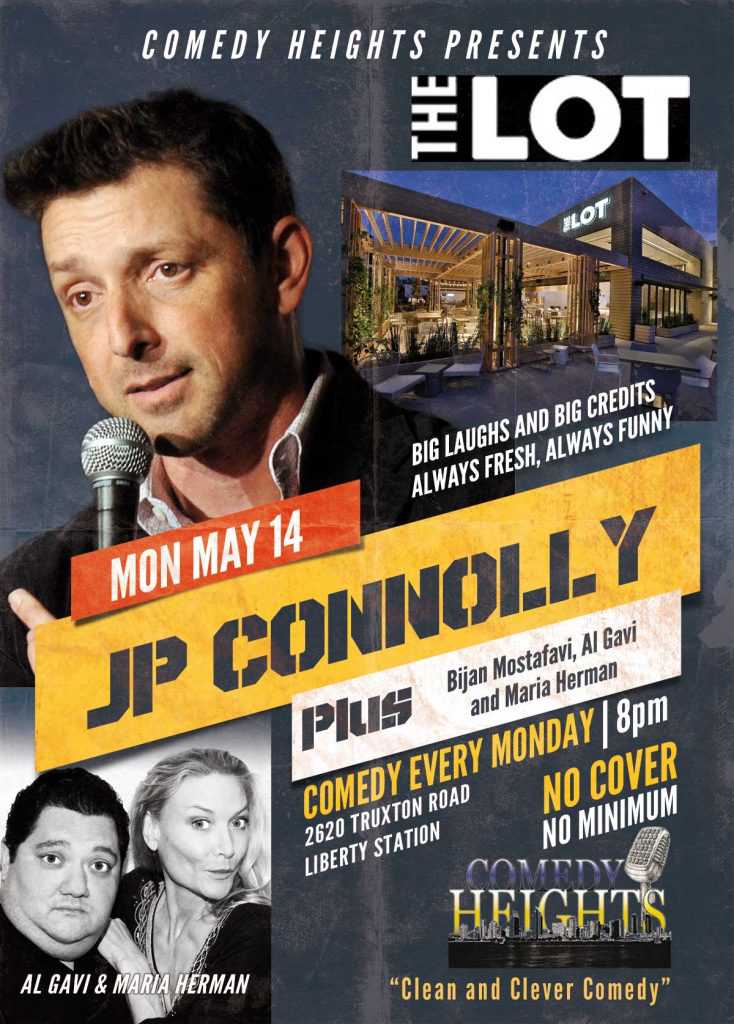