May 28th at The Lot in Liberty Station!

Tomorrow Night, Karen Rontowsky kicks off our celebration of the San Diego Comedy Festival! She’s been a comedienne for more than 20 years, and has appeared on Comedy Central and has been a featured performer on the Bob and Tom Show.  We have a huge lineup this week, including Lisa Gilbert, Sean Dengler, Jessica Rosas, Nathan Hults, Norah Yang, Maria Herman and Al Gavi! 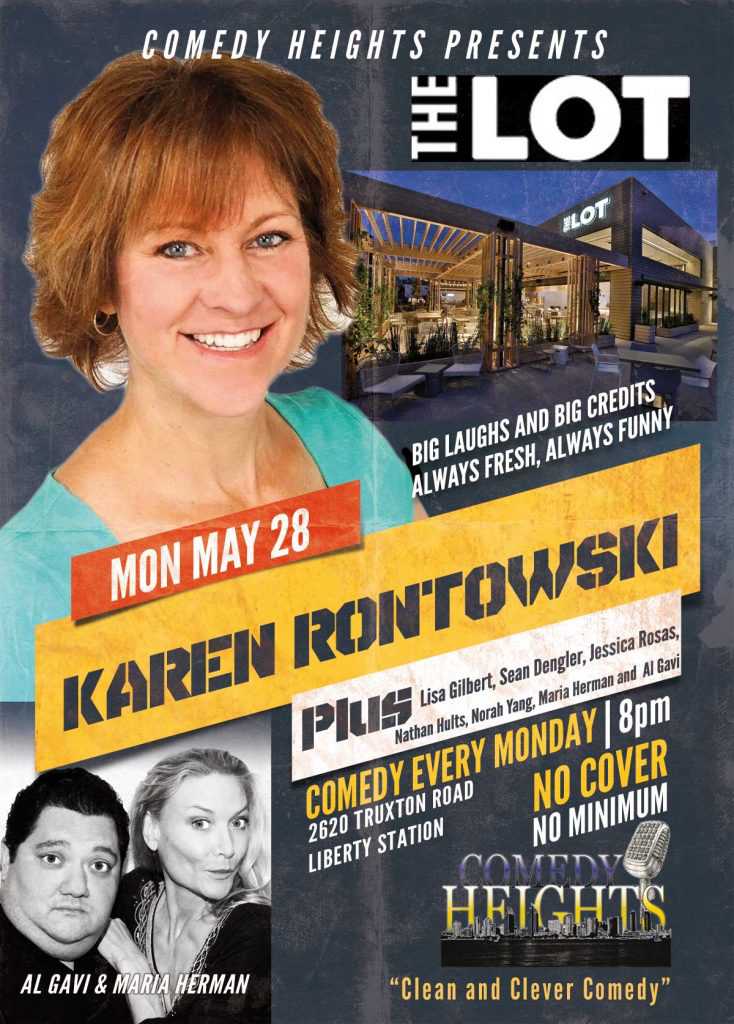