May 21st at The Lot in Liberty Station!

Tomorrow Night, Julie Kidd,  the recently crowned Hilarious Housewife on ABC’s “The View” comes to Comedy Heights’ hottest Point Loma comedy night at THE LOT in Liberty Station! The Lot is one of the premiere spots to catch quality comedy in Point Loma, and we’re bringing out an amazingly accomplished joke writer and comedian tomorrow. Julie has appeared on The View”, “Iyanla Vanzant”, “What’s Up OC”, “Life Moments”, and “Next Big Star”. The rest of our lineup will rock the house, withMark Christopher Lawrence, Tony Calabrese, and Al Gavi! 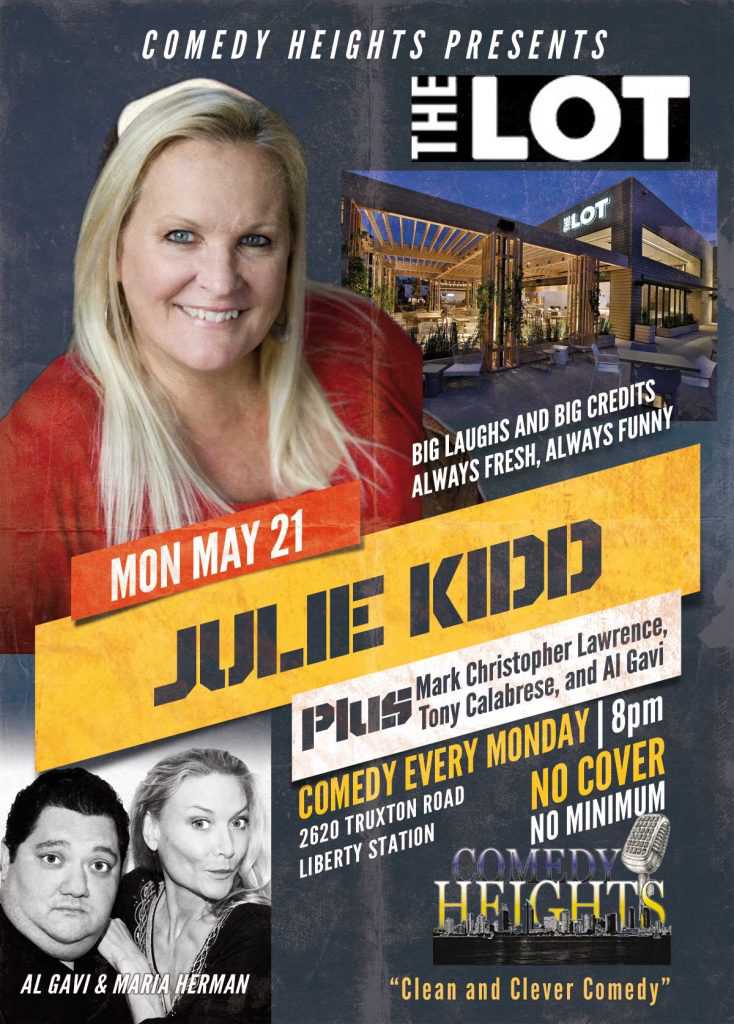