April 2nd at THE LOT in Liberty Station!

Tomorrow Night International Host, Actor, and Performer Joel Bryant comes to Comedy Heights’ newest comedy night at THE LOT in Liberty Station! He’s a standup comedian that first took to the stand-up stage at 17 years old and still slays ‘em today. Among his wide-ranging random career and credits, he was most proud to perform for the troops in the Middle East, at fund-raisers for APLA and Team 2 End AIDS and invariably can be found on every conceivable stage and screen in between. Tomorrow, he’s coming to the newest great Point Loma venue along with Julian Fernandez, Al Gavi and Maria Herman 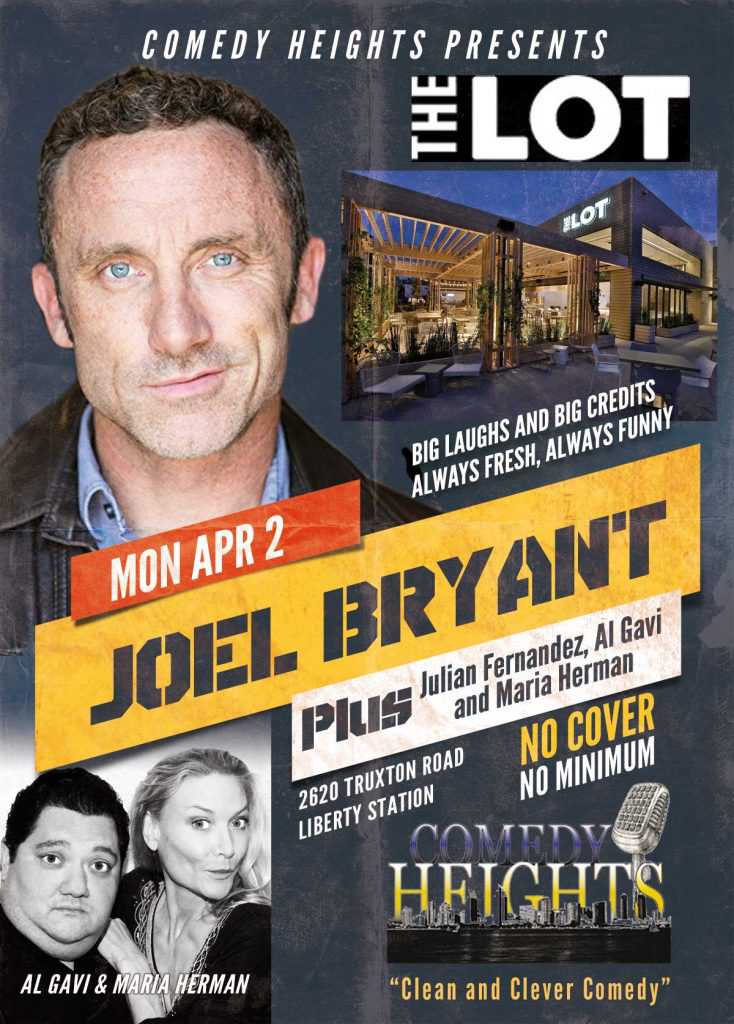