March 26th at THE LOT in Liberty Station!

Tomorrow Night Andrew Norelli comes to Comedy Heights’ newest comedy night at THE LOT in Liberty Station! Andrew Norelli has an incredible charm and natural charisma that have earned him acclaim nationwide as a hilarious headliner. He won the first Las Vegas World Series of Comedy, and also took second place at the Boston Comedy Festival. Tomorrow, he’s coming one of the hottest venues in Point Loma along with Daniel Eachus, Alan Henderson and host Tony Calabrese. 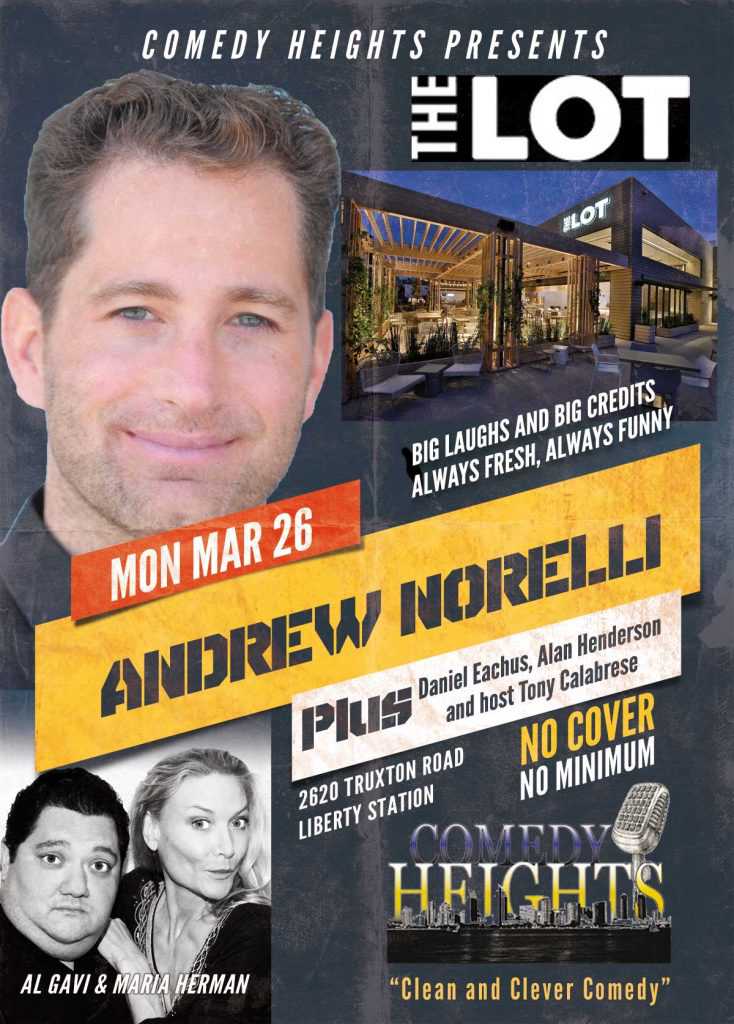