March 19th at The Lot in Liberty Station!

Tomorrow Night Danny Villalpando comes to Comedy Heights’ newest comedy night at THE LOT in Liberty Station! For over 16 years, Danny has performed his comedy across the country and worldwide with the USO and Comic’s on Duty. His comedy has taken him such places as Japan, Singapore, Afghanistan, Panama, Honduras, Greenland, Iraq, Italy, and Greece. Tomorrow, he’s coming our awesome new night along with Charlene Mae, Adam Connie and Maria Herman! 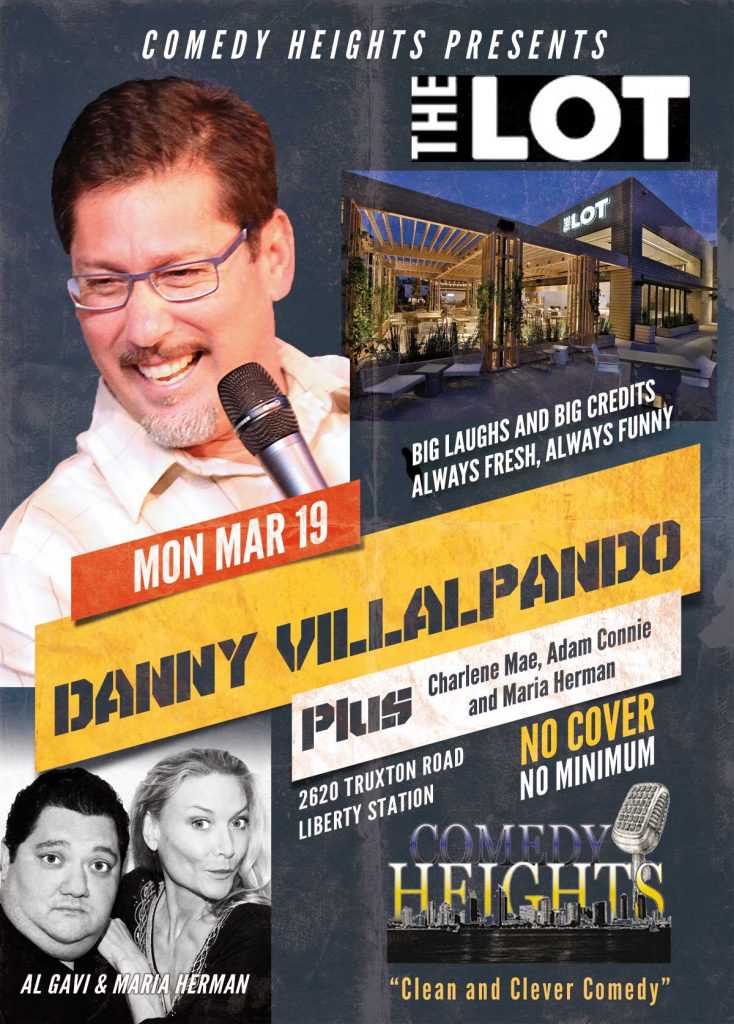