Mike Eshaq has a unique angle in my comedy being Middle Eastern, raised Muslim and served as a United States Marine. Some of his credits include being on ‘Detroiters’ on Comedy Central and ‘Grace and Frankie’ on Netflix. Also, Mike placed as a finalist in seven out of the eight competitions  for The World Series of Comedy! We’ll also haveKazeem Rahman, Zara Khan, Ty Shelton and Al Gavi this week, so don’t miss out! 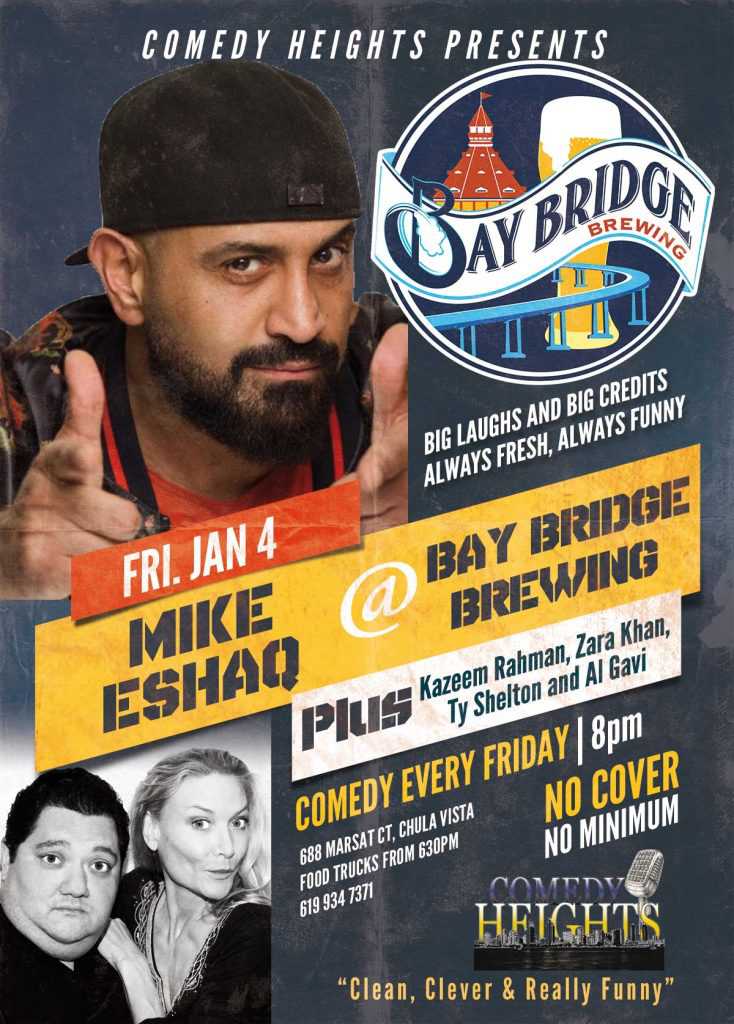