This Friday, 8PM at Bay Bridge Brewing! The best little brewery in Chula Vista brings you Chris Clobber! Chris is a well-known San Diego favorite, known for his zoo animal impersonations and hilariously weird musings. He always puts on a hilarious show and we we’re thrilled to have him on our show! We’ll have him this weekend onstage along with Chris Zapatier and Caitlin Durante, Raul Zambrano and Maria Herman! 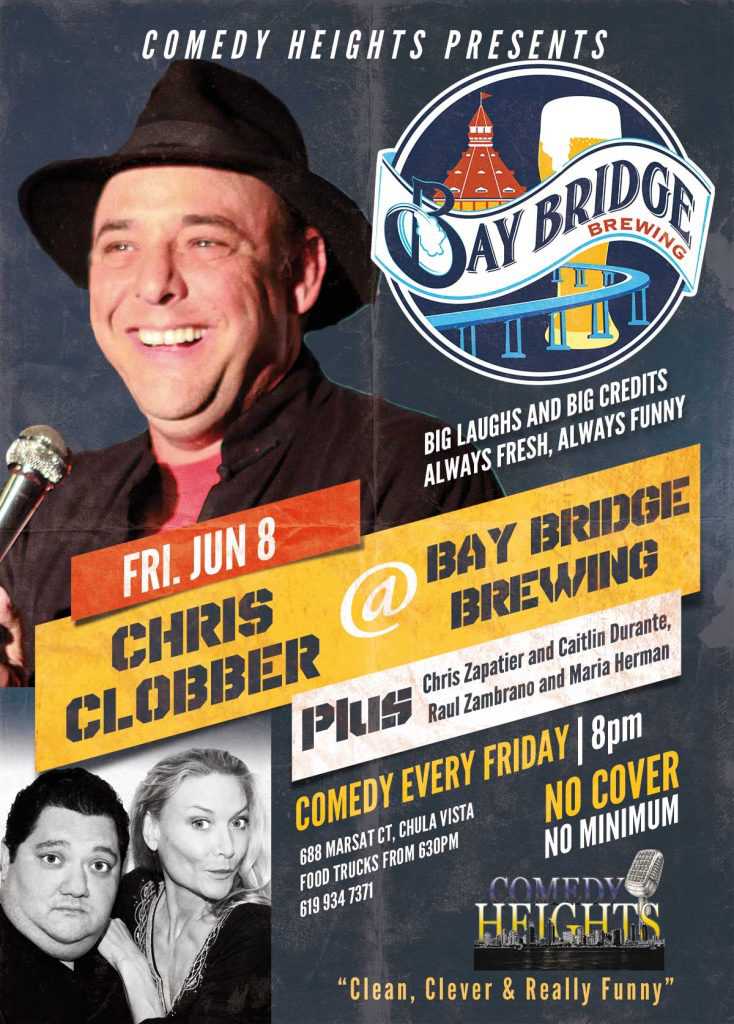