WEDNESDAY March 29th at The Loading Dock in Little Italy!

This Wednesday at The Loading Dock 8PM! Comedy Heights’ new show opens with Drew Lynch! Drew is a hilarious stand-up who delights audiences with his clever reflections on daily life. He’s overcome a severe stutter resulting from a softball accident through his comedy and was the 1st runner up in Season 10 of “America’s got Talent”. Our hilarious Little Italy lineup this week also hasDan Venti, Andrew Norelli, Maria Herman and Al Gavi. 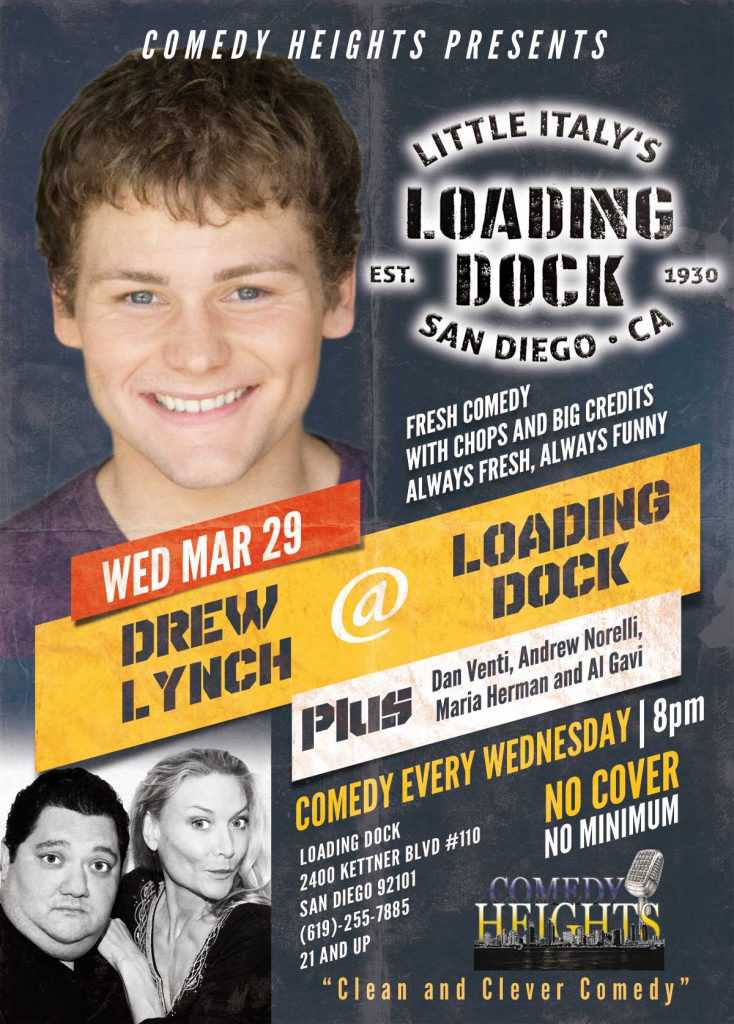