This THURSDAY at Valentin’s Bar & Grill 7PM! National Headliner and international touring comic Griff Pippin comes to Comedy Heights for our special Thursday Night show! He is a regular performer at the Hollywood Improv as well as many other clubs in Los Angeles and has opened for renowned artists such as Dane Cook, Russell Peters, Eliza Schlesinger, Kevin Nealon, Chris D’Elia. We’re gonna bring out a world class lineup with Braden Murphy, Brian Riley and Maria Herman for an amazing show! Reserve your table now by calling (619)-669-1979 . 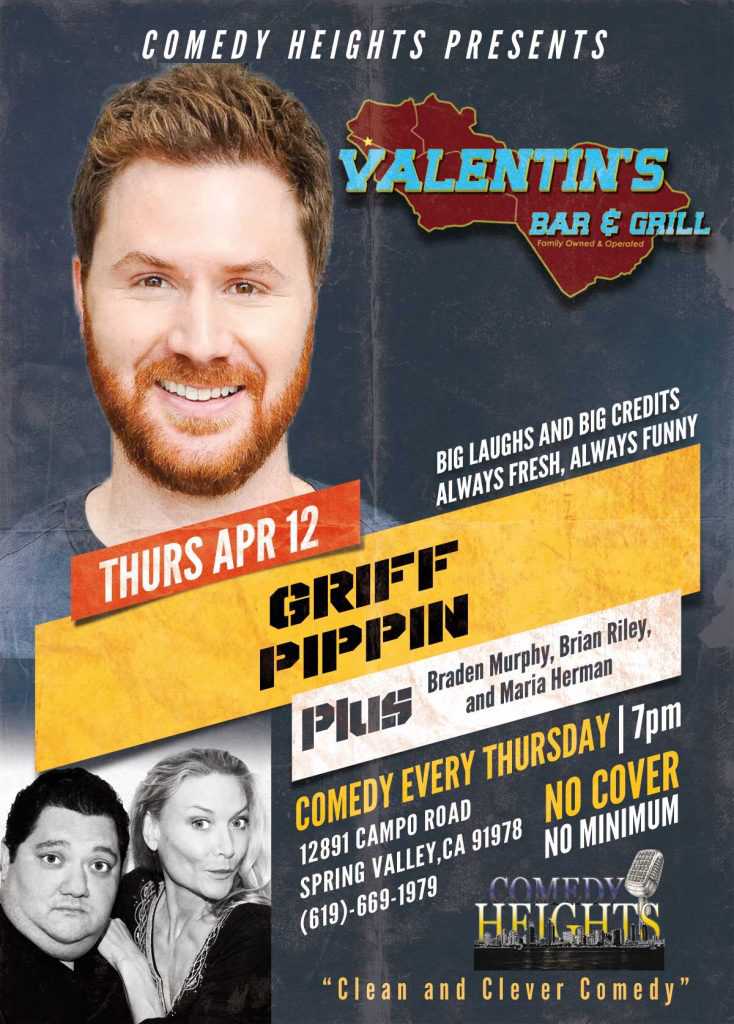