This THURSDAY at Valentin’s Bar & Grill 7PM! Allison Gill was voted San Diego’s funniest woman AND San Diego’s funniest comic TWICE comes to Valentin’s in Spring Valley! She performs regularly at prestigious clubs like Improv, the American Comedy Company, the Laugh Factory and the Comedy Store as a feature and headliner. We’re very excited to have her and our full lineup with Kirk McHenry, Ryan Demarest, and Maria Herman to get your weekend started early! Reserve your table now by calling (619)-669-1979 . 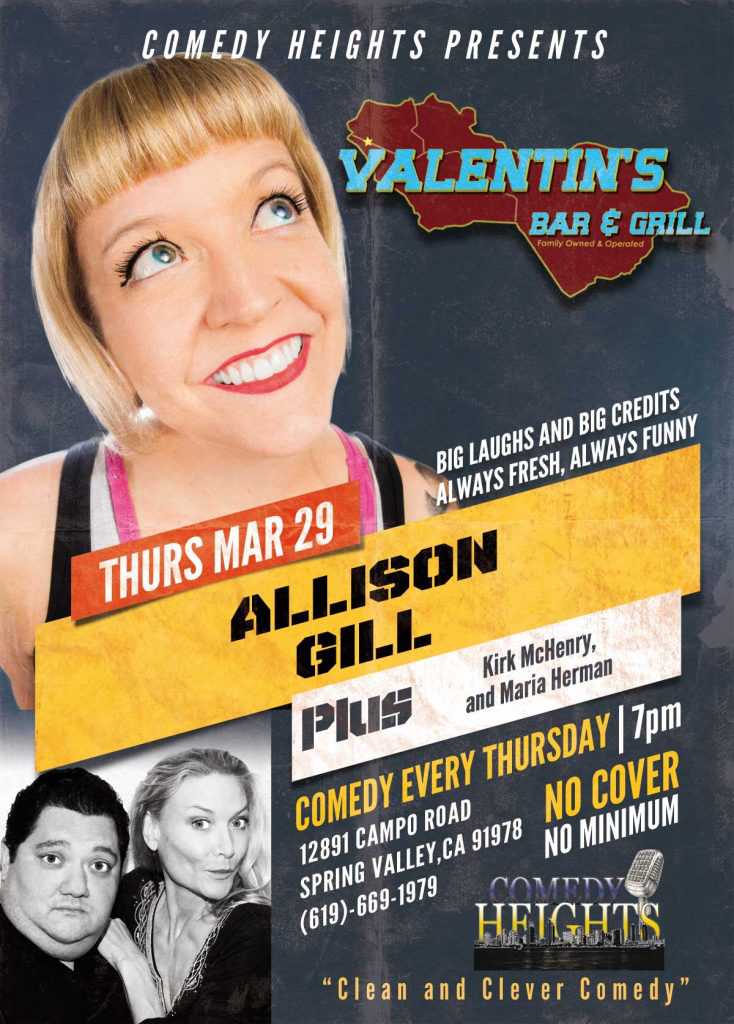