This THURSDAY at Valentin’s Bar & Grill 7PM! Myles Weber headlines at one of the hottest venues in Spring Valley. Known for his high-energy crowd work, Myles was the second youngest winner of the 40th Annual San Francisco International Comedy Competition. He’s appeared on MTV’s “Greatest Party Story Ever”, and aims to never perform the same show twice, so you won’t wanna miss this one! We’ll also have Mateen Stewart, Joseph De Paul, and Maria Herman! Space is limited! Make your reservation by calling (619)-669-1979 . 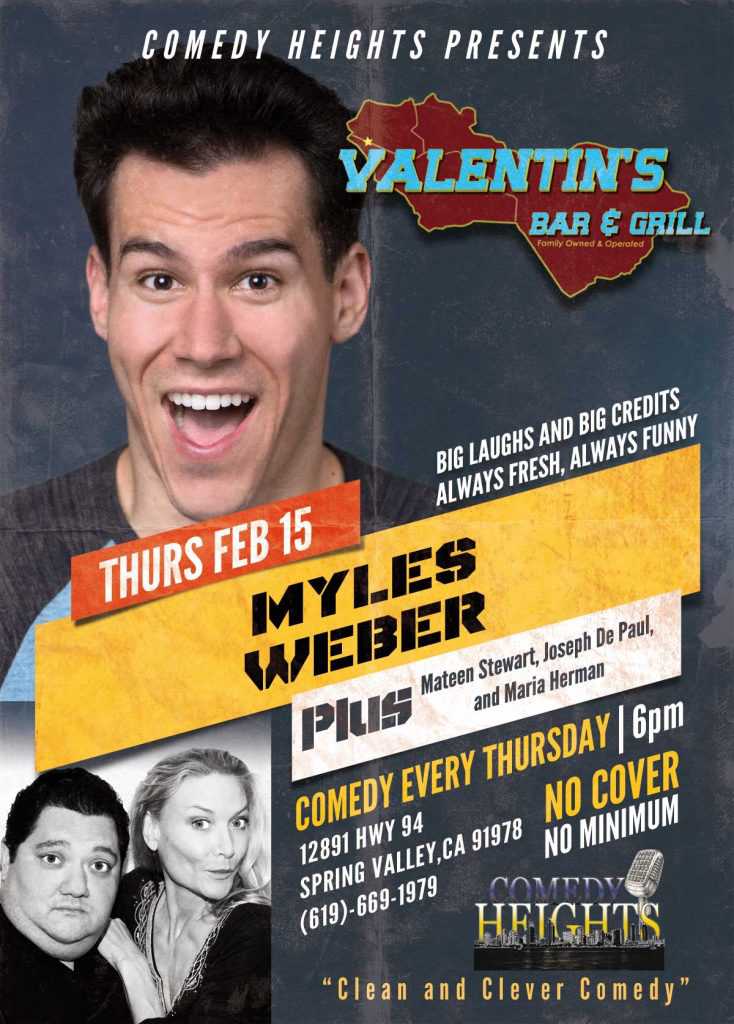