This THURSDAY at Valentin’s Bar & Grill 7PM! Comedy Heights brings you Nick Petrillo at the best bar and Mexican Restaurant in Spring Valley! Nick Petrillo is an intrepid and hilarious up-and-coming comic practically born into the business growing up in Los Angeles. He’s performed at The Comedy Store, The Improv, The Ice House in Los Angeles and other comedy clubs across the country. We’re also bringing in Lisa Gilbert, Alan Henderson, and Tony Calabrese, so it’s gonna be a great show! Space is limited! Make your reservation by calling (619)-669-1979 . 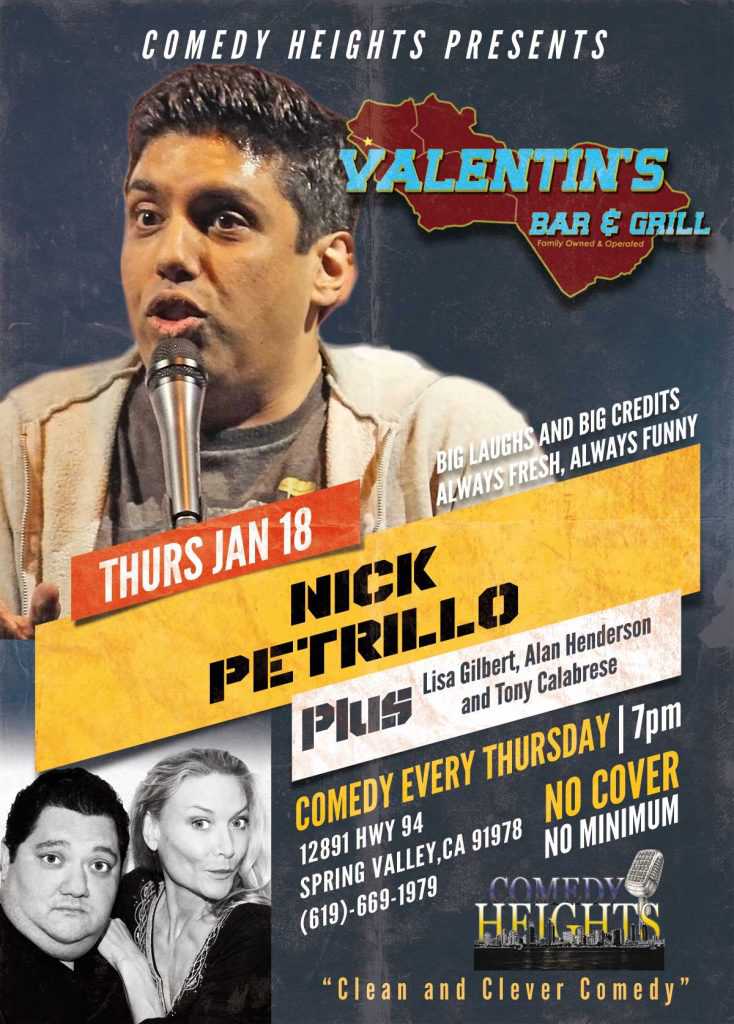