This Thursday at Valentin’s Bar & Grill 7PM! Chris Clobber! He’s an absolutely unmissable SD original comic. As well as writing for film and television, Cris writes for the top name performers in Las Vegas and Hollywood . This year he appeared in numerous commercials and “Malcolm in the Middle” on FOX television. He has been seen on A&E, ABC, CBS, NBC, Showtime and Comedy Central. We’ll also have Mike Eshaq, David Wiser and Adam Connie! Reserve your table now by calling (619)-669-1979. 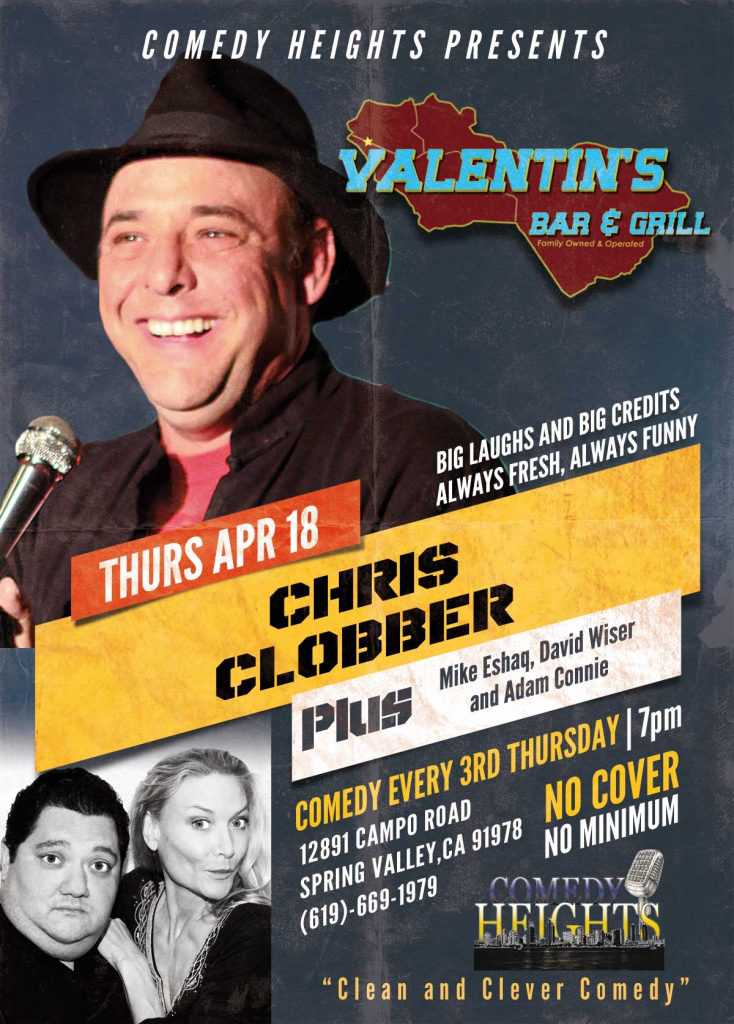