This Thursday at Valentin’s Bar & Grill 7PM! Steve Mazan comes to best little Mexican Restaurant in Jamul! Steve Mazan shot out of the famous San Francisco scene that produced comedy legends such as Robin Williams and Dana Carvey. In his decade-plus career, Steve has done stand-up everywhere from clubs and colleges across the country to corporate events, cruises, and many television shows including The Late Show with David Letterman. He even won an Emmy for his work writing on The Ellen Degeneres Show. We’ll also have Connor McSpadden, Sam Lopez, Jonathon Burrello and Adam Connie! 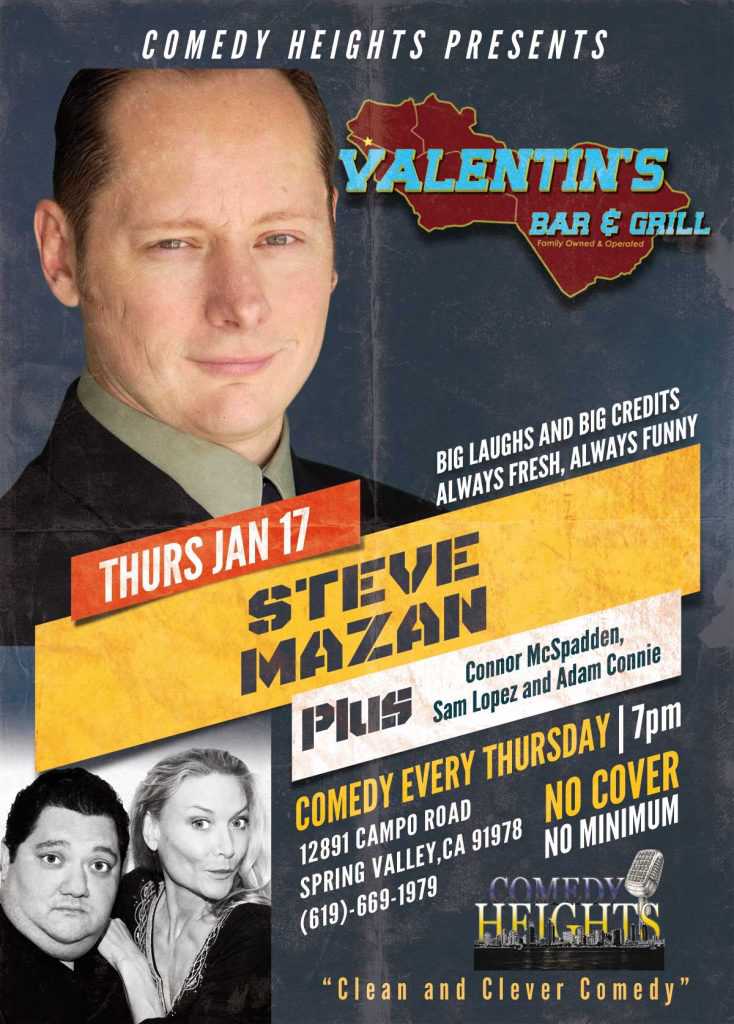