This THURSDAY at Valentin’s Bar & Grill 7PM! Daniel Eachus comes to best little Mexican Restaurant in Spring Valley! Eachus has been performing stand-up and improv throughout the nation’s clubs and recently was featured on Comedy Central’s “Up Next” and Sirius XM’s Comedy Central Radio. A finalist or winner in scores of comedy competitions including the World Series of Comedy, Up Next Regionals, Sacramento Comedy Festival (1st place winner), OC Improv Cup and more, he’s considering expanding his trophy shelf.  . We’ll also have Anita Milner, Tyson Faifer and host Adam Connie! Reserve your table now by calling (619)-669-1979. 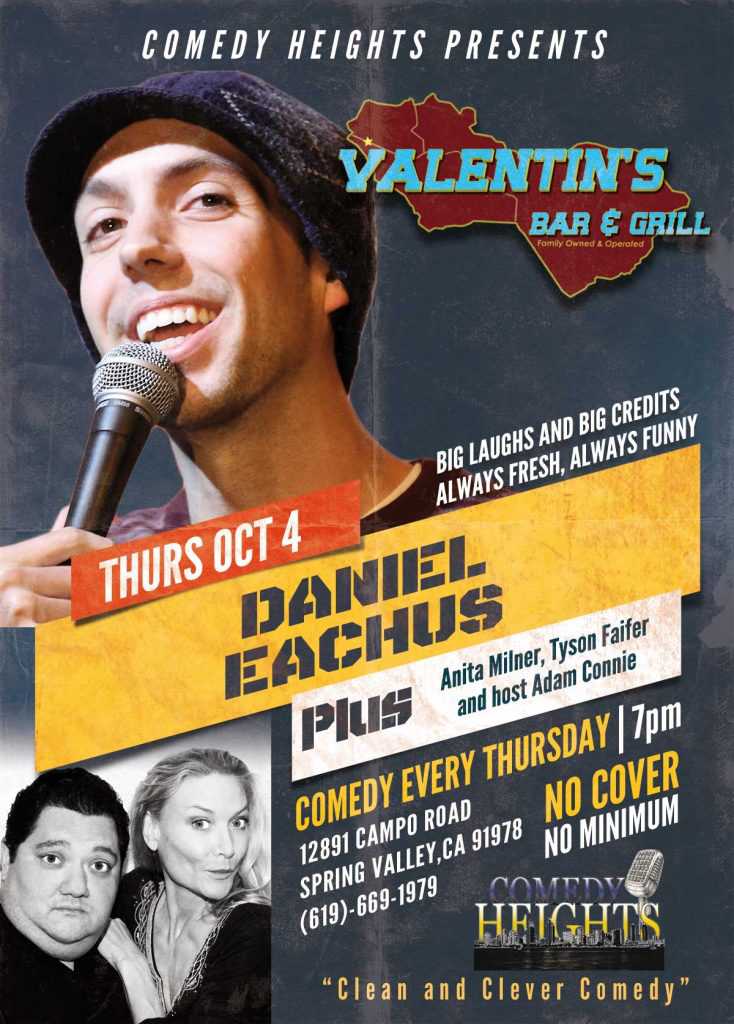