This THURSDAY at Valentin’s Bar & Grill 7PM! Connor McSpadden brings the burns of roast comedy to Spring Valley! Connor stars in the street roasting web series “Burn Booth” which has millions of views on Facebook. In 2017 he made his television debut on “Roast Battle” on Comedy Central. In 2018 he was a staff writer for “The Comedy Central Roast of Bruce Willis”. Later this year he will make his television stand up debut on TruTVs “Laff Tracks”! We’ll also have David Dorward, Matt Stanton and Adam Connie! Reserve your table now by calling (619)-669-1979. 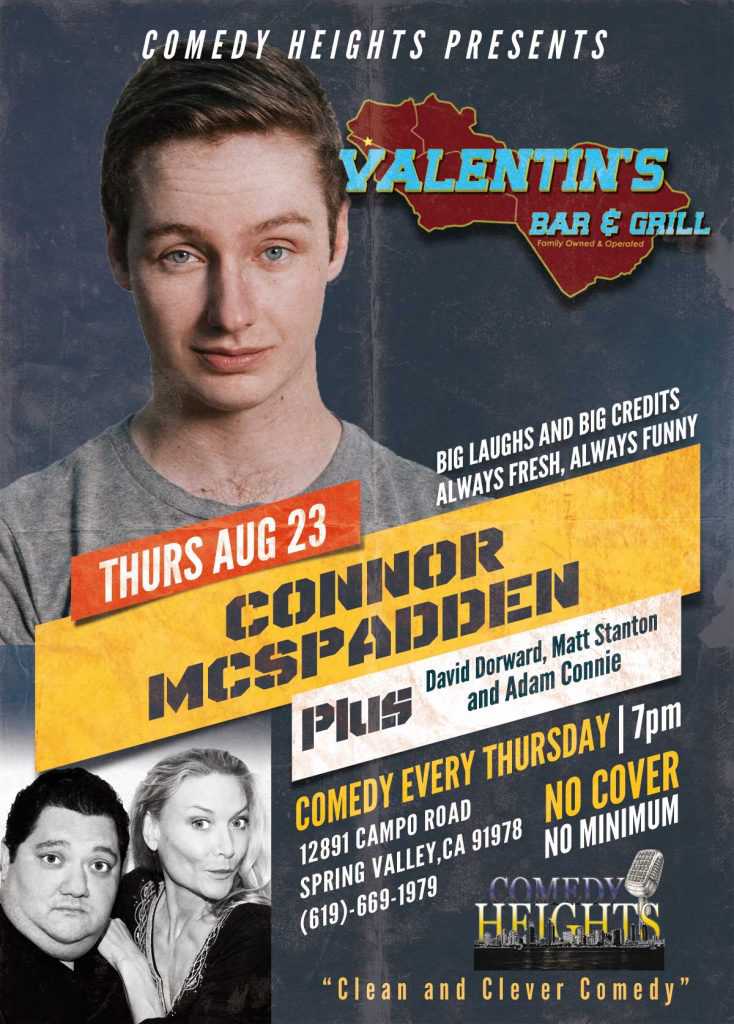