Thursday May 31st at The Echo Room in Oceanside!

This THURSDAY at The Echo Room at 7:30 PM! Our newest comedy show brings you the hilarious Ryan Shores! Ryan became a regular in the southern California comedy scene through multiple and regular appearances at The Improv, The Comedy Store, The Mad House, American Comedy Co. and Aces Comedy Club, as well as worked with several A-list comedy acts such as Sarah Silverman, Craig Robinson, Jim Florentine, and Brad Williams. We’ll have him up this week with Quincy Weekly, Danielle Arce and Adam Connie! 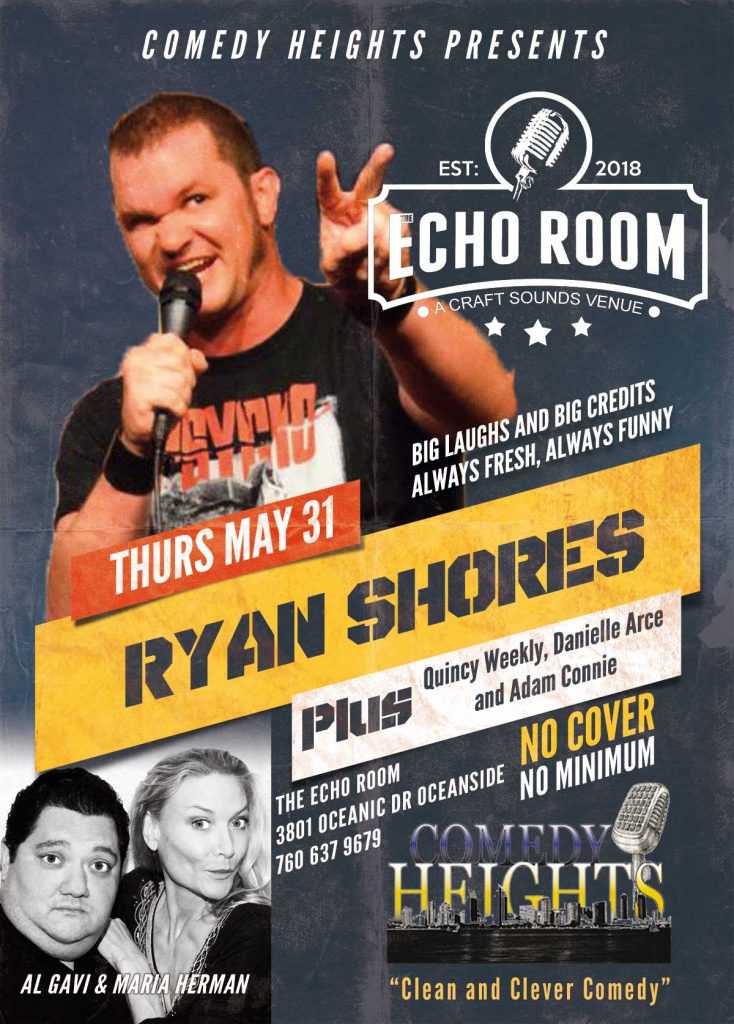