This Saturday at Twiggs Coffeehouse 8PM! We’re putting the best of San Diego’s comedy talent to the test! The longest running touring American Comedy Competition is bringing out the best up and coming comics in San Diego to give them their shot at the big stage this weekend. Come on out and be a part of the action as San Diego’s finest with hosts Al Gavi and Maria Herman! 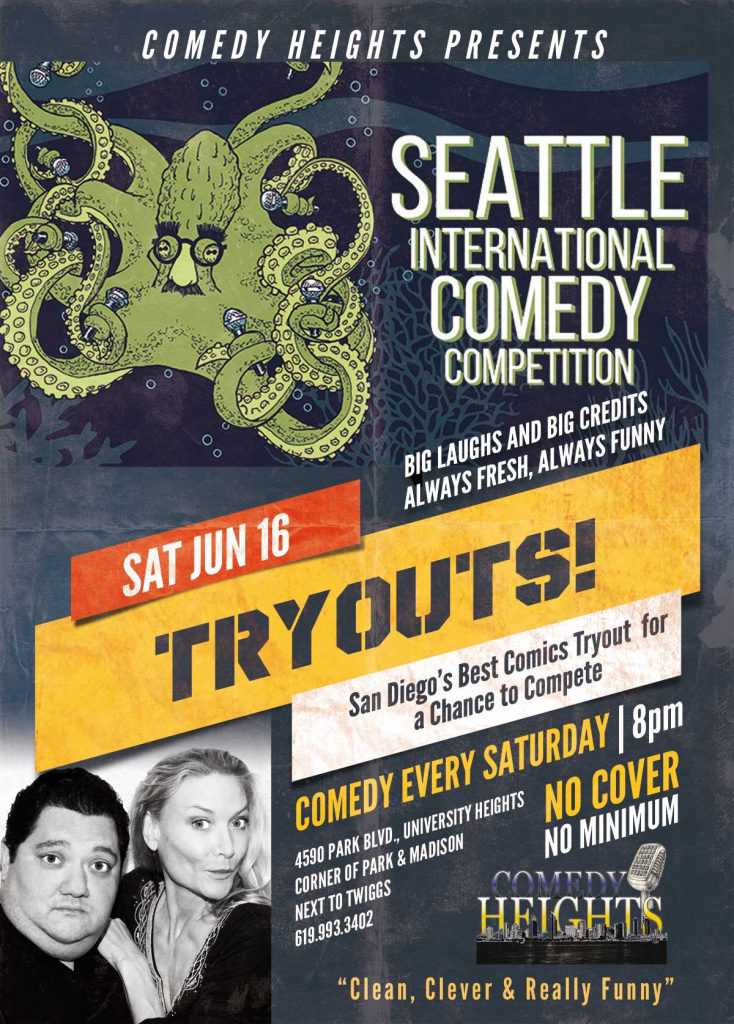