This Saturday at Twiggs Coffeehouse 8PM! The great shows just keep on coming this Saturday with Nick Petrillo! He’s a quick wit and a fast talker that has delighted audiences across the country and regularly performs at all of the big clubs in Los Angeles. Nick has also been featured on Laughs on Fox, Indie 103.1 FM, and Cal State Long Beach’s K-Beach radio. Naturally, our lineup will stay strong with Taylor Tomlinson, Alan Henderson, Al Gavi and Maria Herman! 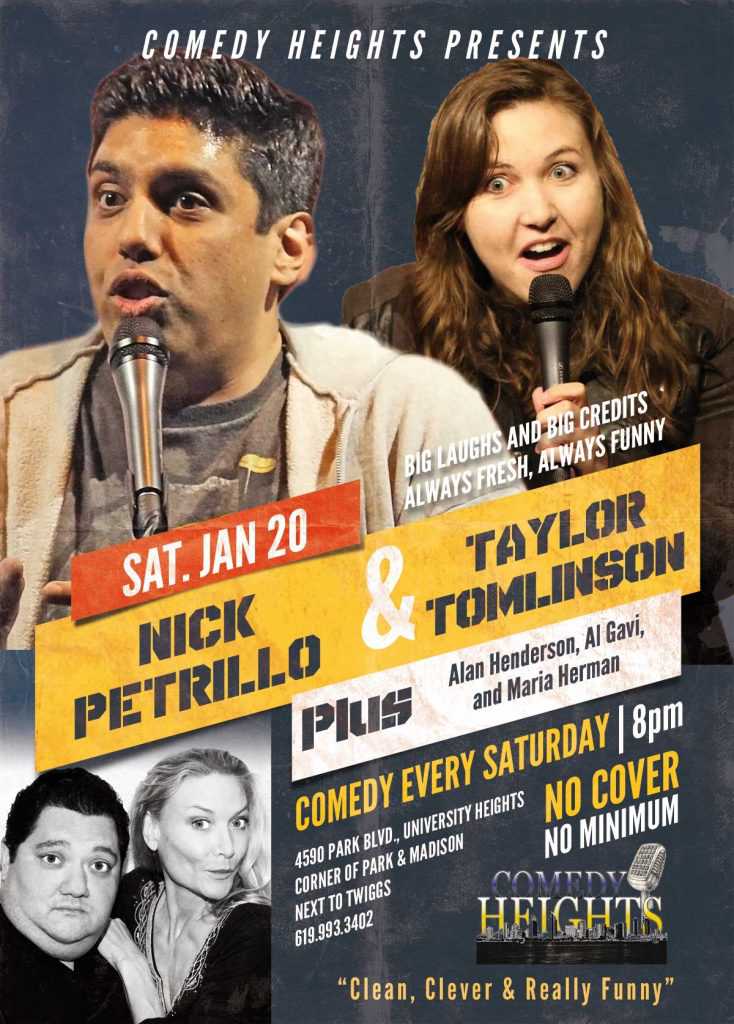