This Saturday at Twiggs Coffeehouse 8PM! Incredible up-and-coming LA comic Mateen Stewart brings his awesome act to the original Comedy Heights stage at Twiggs Coffeehouse! BYOB with awesome coffee and bakery treats, Comedy Heights is always a hit on Saturdays. Mateen is one of the founding members of the Wellspoken Comedy Tour and has participated in SF Sketchfest, SLC Comedy Carivale, Women in Comedy Festival and the San Diego Comedy Festival. We’ve got a great lineup this week including Chris Clobber, Zara Khan, Joseph De Paul and Adam Connie! 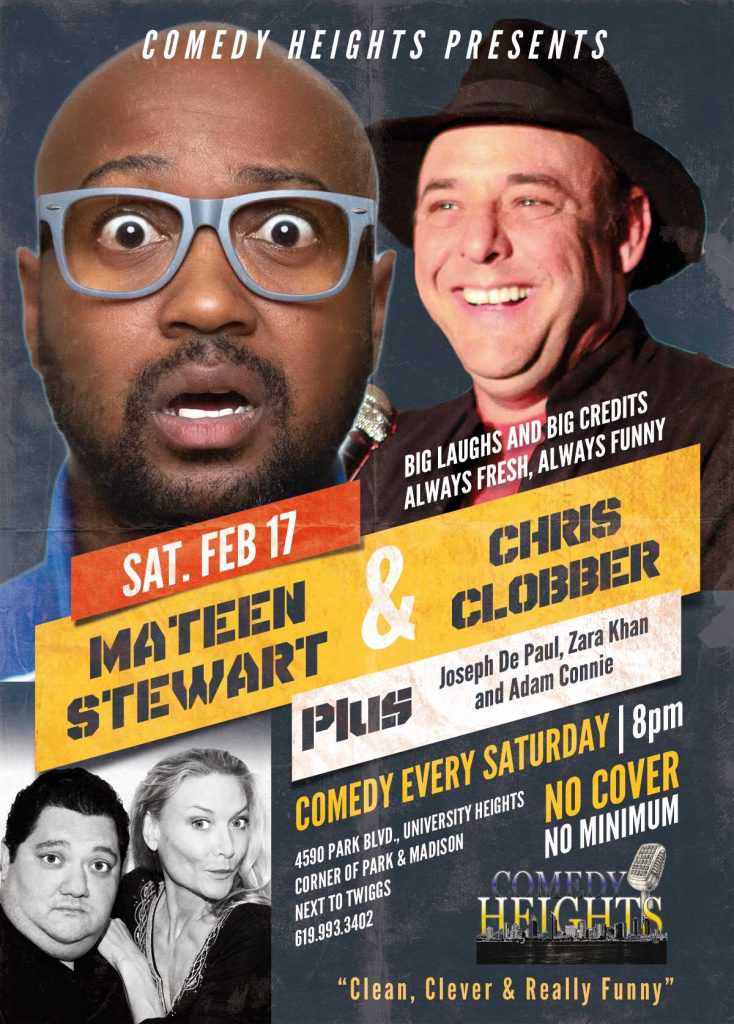