This Saturday at Twiggs Coffeehouse! Tony Calabrese and Matin Atrushi!

This Saturday at Twiggs Coffeehouse 8PM! Tony Calabrese headlines the Comedy Heights prime stage! JHe performs regularly at The Comedy Store, The Comedy Palace, The Madhouse Comedy Club and other San Diego and L.A. clubs and venues. Tony also teaches standup comedy at the Point Loma Actors Studio and the National Comedy Theater. In March of 2013 Tony won the “Ultimate Laff-Down” at Flappers Comedy Club, chosen from a field of 160 comedians and in 2014 was a finalist in the World Series of Comedy in Las Vegas. As always, we’re going to have a full lineup of amazing comics, including Alfonso Ochoa, Easily Distracted, Chris Clobber, Anne Flagg, and Adam Connie! 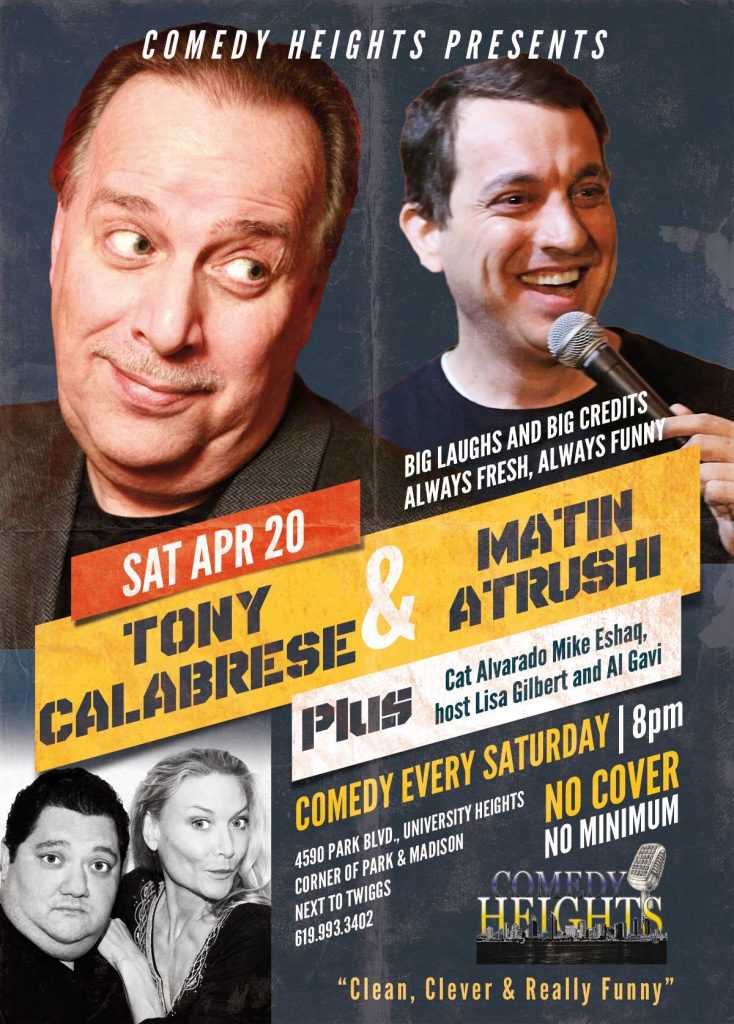