This Saturday at Twiggs Coffeehouse 8PM! Ray Easter and Isak Allen come to Comedy Heights original stage! The pair has come from the far reaches of the country drawn by by the rich LA comedy scene. They’ve certainly made their mark, performing at festivals across the world and in famous clubs far and wide. We’re very happy to bring them up this Saturday alongside Ron Taylor, Al Gavi and Maria Herman! 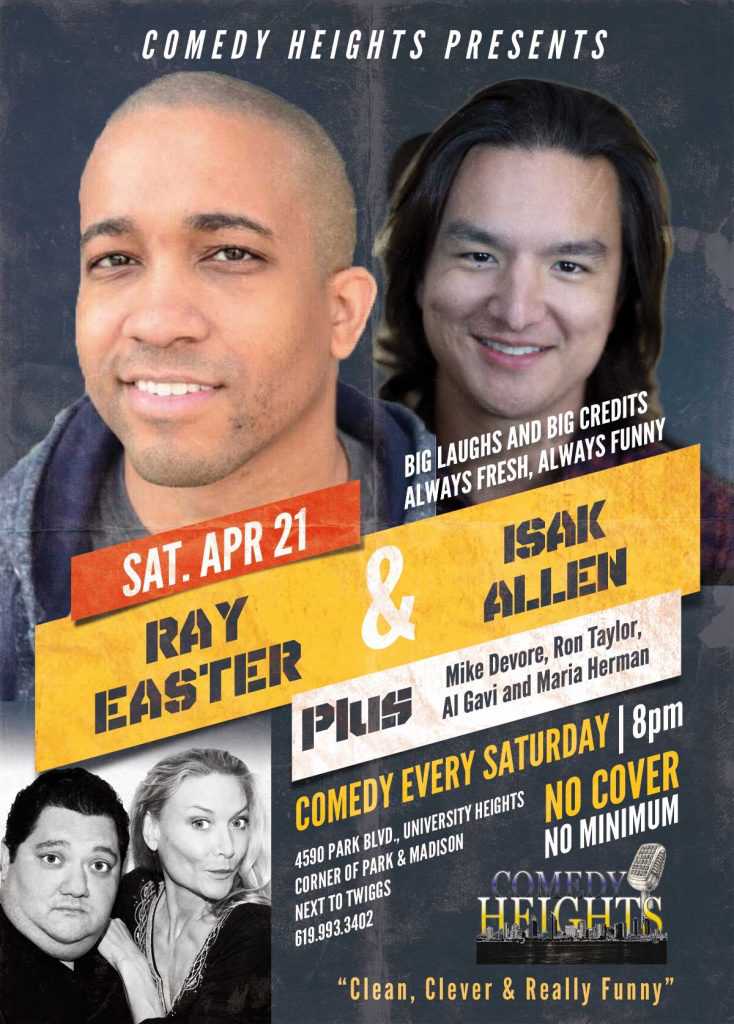