This week at Twiggs Coffeehouse Green Room, Comedy Heights presents Nick Cobb and Bijan Mostafavi! Nick and Bijan are no strangers to stage and screen; they’ve made the rounds with clubs, appeared on cable and local television, and have the dynamic energy to entertain. Bijan is an SD favorite with a San Diego Comedy Contest trophy on his mantle, while Nick has appeared on Comedy Central, The Late Late Show with Craig Ferguson, and Last Comic Standing. Our very own man in a hat Al Gavi and guest host David Dorward will also be here. Every Saturday Comedy Heights presents an amazing PG-13 clean show at Twiggs Coffeehouse. 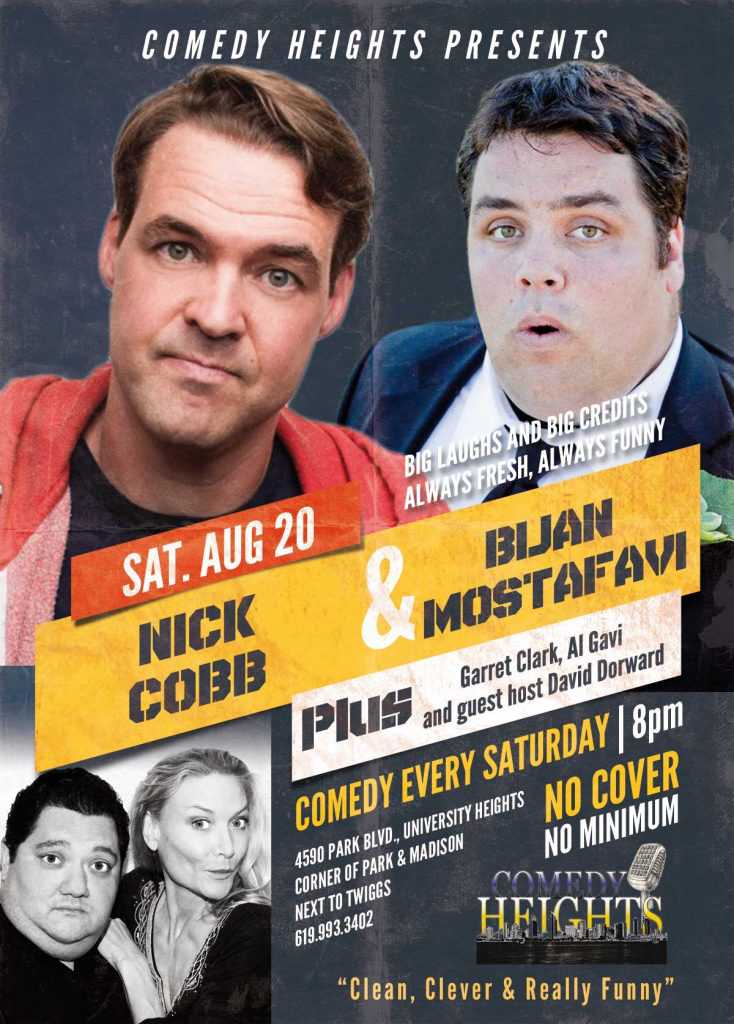