This Saturday at Twiggs Coffeehouse!

This Saturday at Twiggs Coffeehouse 8PM! Allison Gill! Allison has been instrumental to the growth of SD Comedy Scene and has earned the title of SD’s funniest comic and woman. She’s a regular at the improv, the comedy palace, and the  Mad House Comedy Club, where she now hosts the open mic every Tuesday. We’re very happy to bring her up this saturday alongside Kirk McHenry, Alan Henderson and Maria Herman! 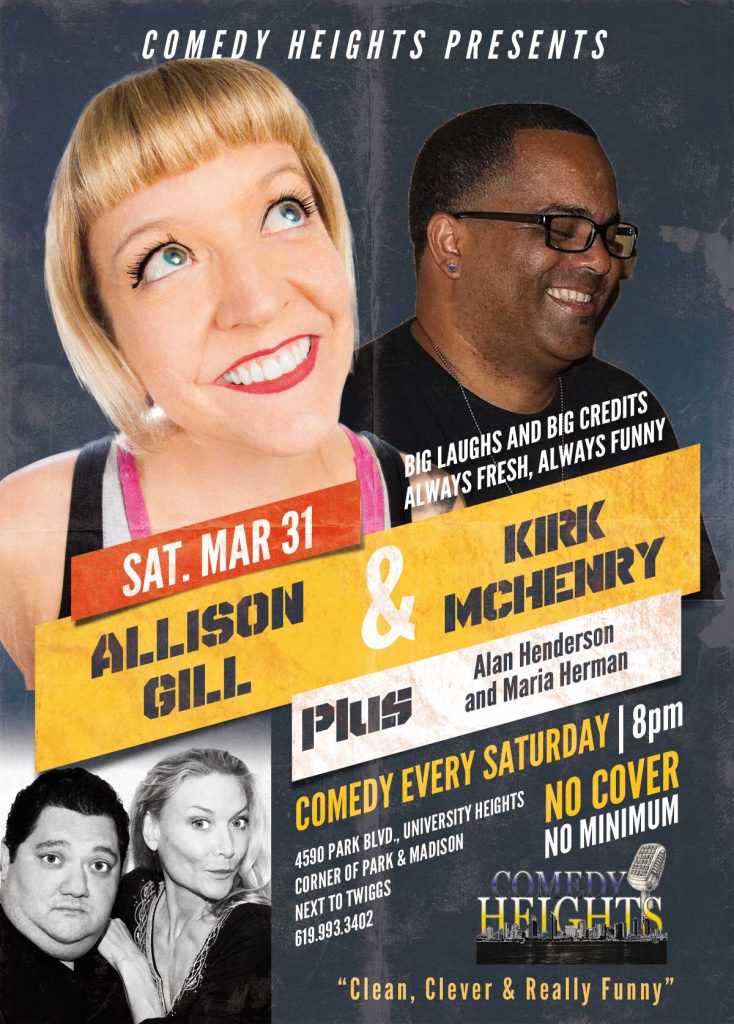