This Saturday at Twiggs Coffeehouse 8PM! No other comic really compares to the strange hilarity that Chris Clobber brings to each performance. He has a uniquely weird style that must be seen to be understood, and his antics established him as an SD and national favorite comic some time ago. We’ll also have the incredibly funny Janice Remland, Adam Gropman, Newman Wolf and Maria Herman! 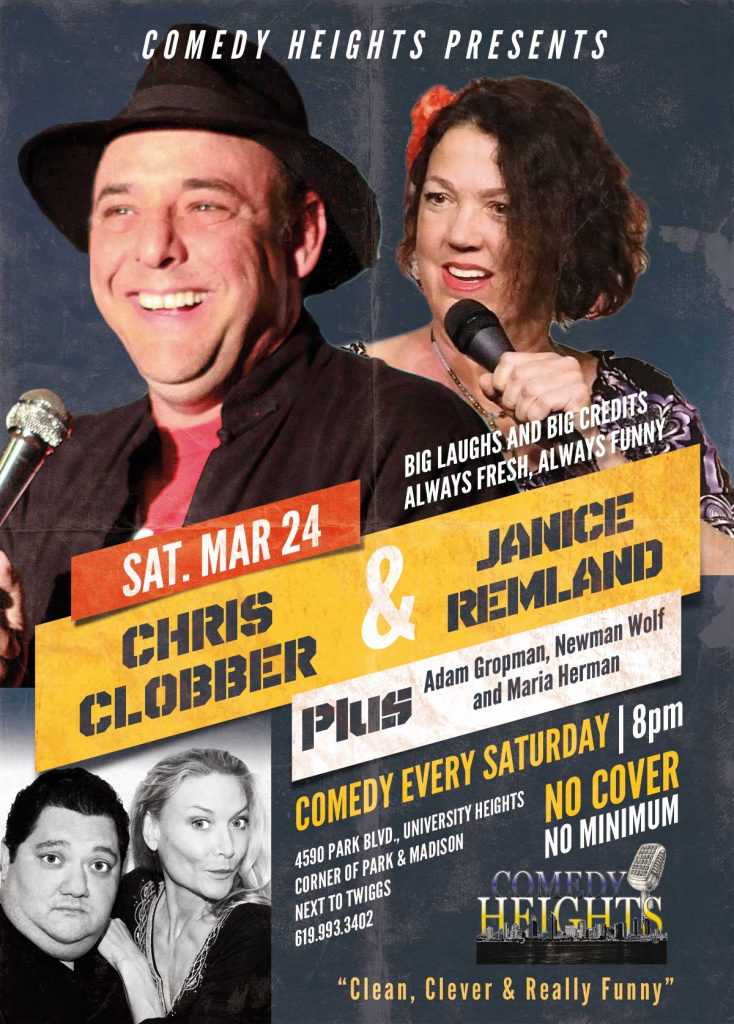