This Saturday at Twiggs Coffeehouse 8PM! Comedy Heights brings you Lang Parker! Lang is a proven comedy powerhouse who regularly tours clubs and cities all over the United States as well as overseas to entertain the US armed forces in Afghanistan and bases in Eastern Asia. She also wowed judges on Last Comic Standing, and has way too many appearances and credits to list here. As always, our headliners are accompanied by a crew of great comics. This week it’s Laura Hayden, Tyson Faifer, Michael Driggs, Maria Herman and Al Gavi! 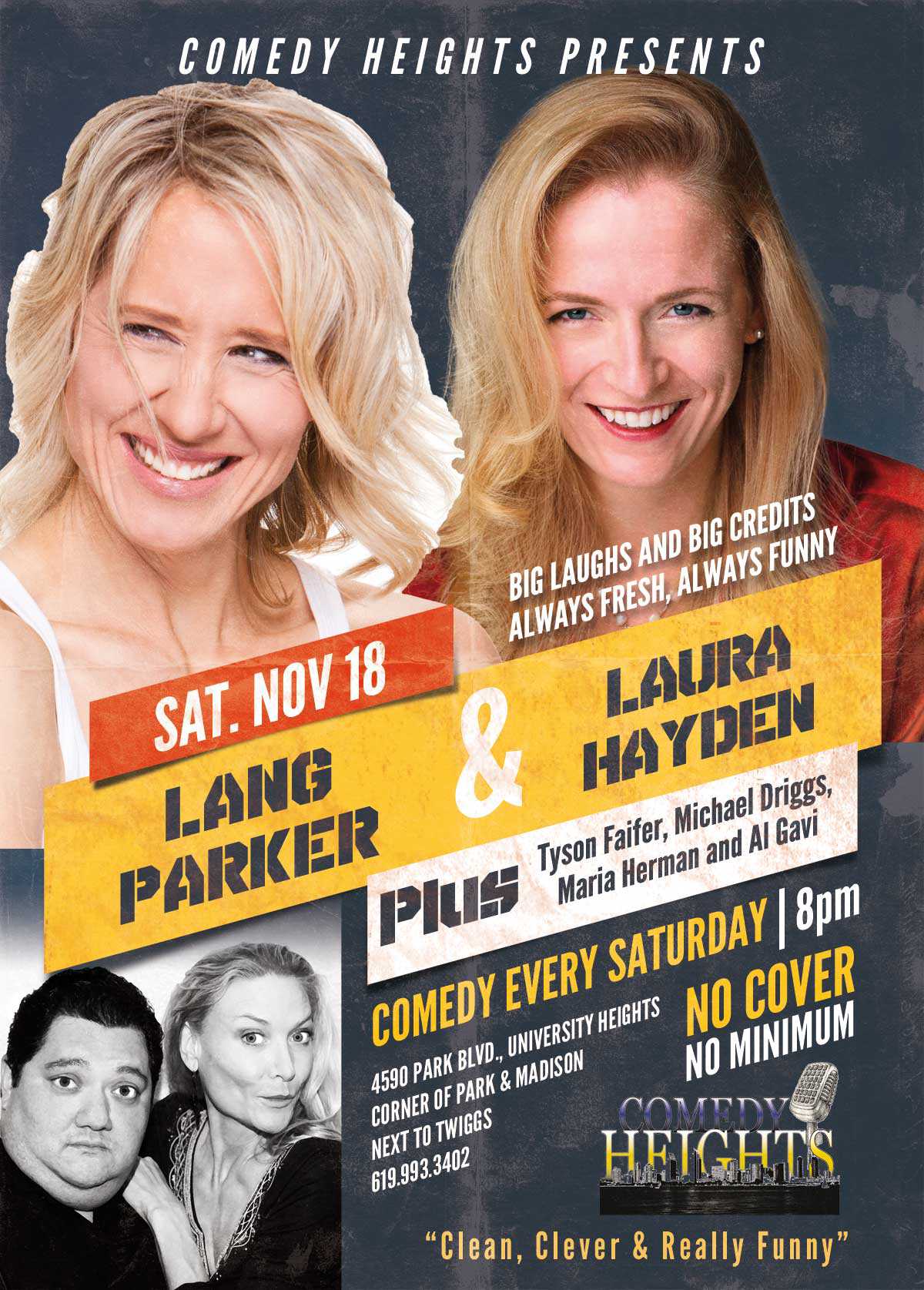