This Saturday at Twiggs Coffeehouse 8PM! Comedy Heights brings you Erik Knowles! Erik Knowles is the 2016 World Series of Comedy champion, taking first place in every round of the series. He is the most requested comedian among U.S. Troops, and has received many prestigious awards such as the Veterans Choice Award for Best Comedian. His act feels like a gripping one-man show with belly laughs every ten seconds. Naturally, we’ve got an amazing lineup of dynamic and really funny comics: Paige Weldon, G Davis, Manish Gupta, Al Gavi and Maria Herman 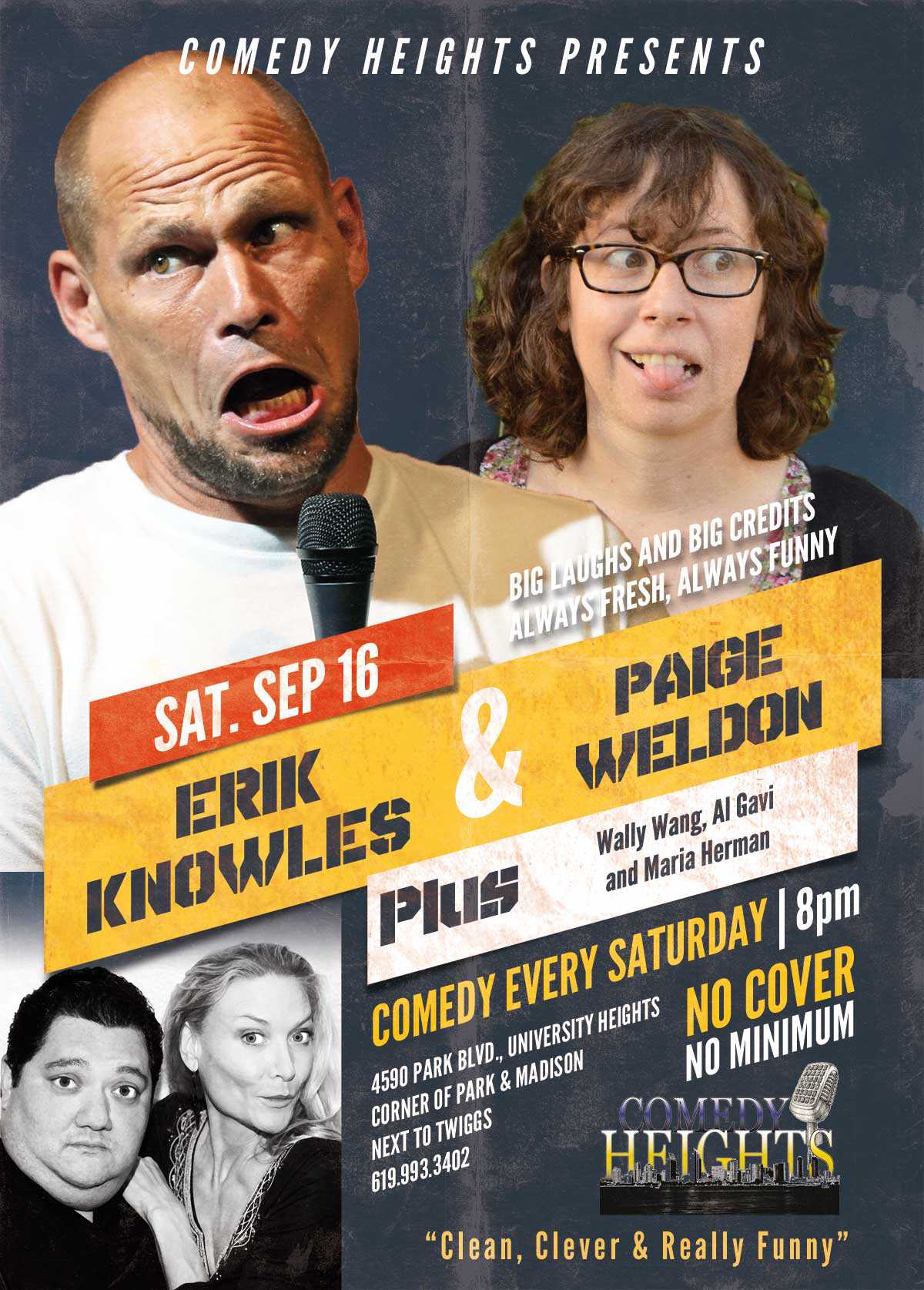