This Saturday at Twiggs Coffeehouse 8PM! Comedy Heights brings you Trenton Davis! Davis has a fascinating background; he attended a high school that was 97% white and then followed that up with attending a historically black college. His unique experiences have shaped his views and created one of the best comedic minds of our generation. Trenton looks at everyday problems (i.e. war on Iraq, dating, politics) and offers hilarious non-everyday solutions. Naturally, we’ve got an amazing lineup of dynamic and really funny comics: David Dorward, Edna Nerona, Maria Herman and Al Gavi! 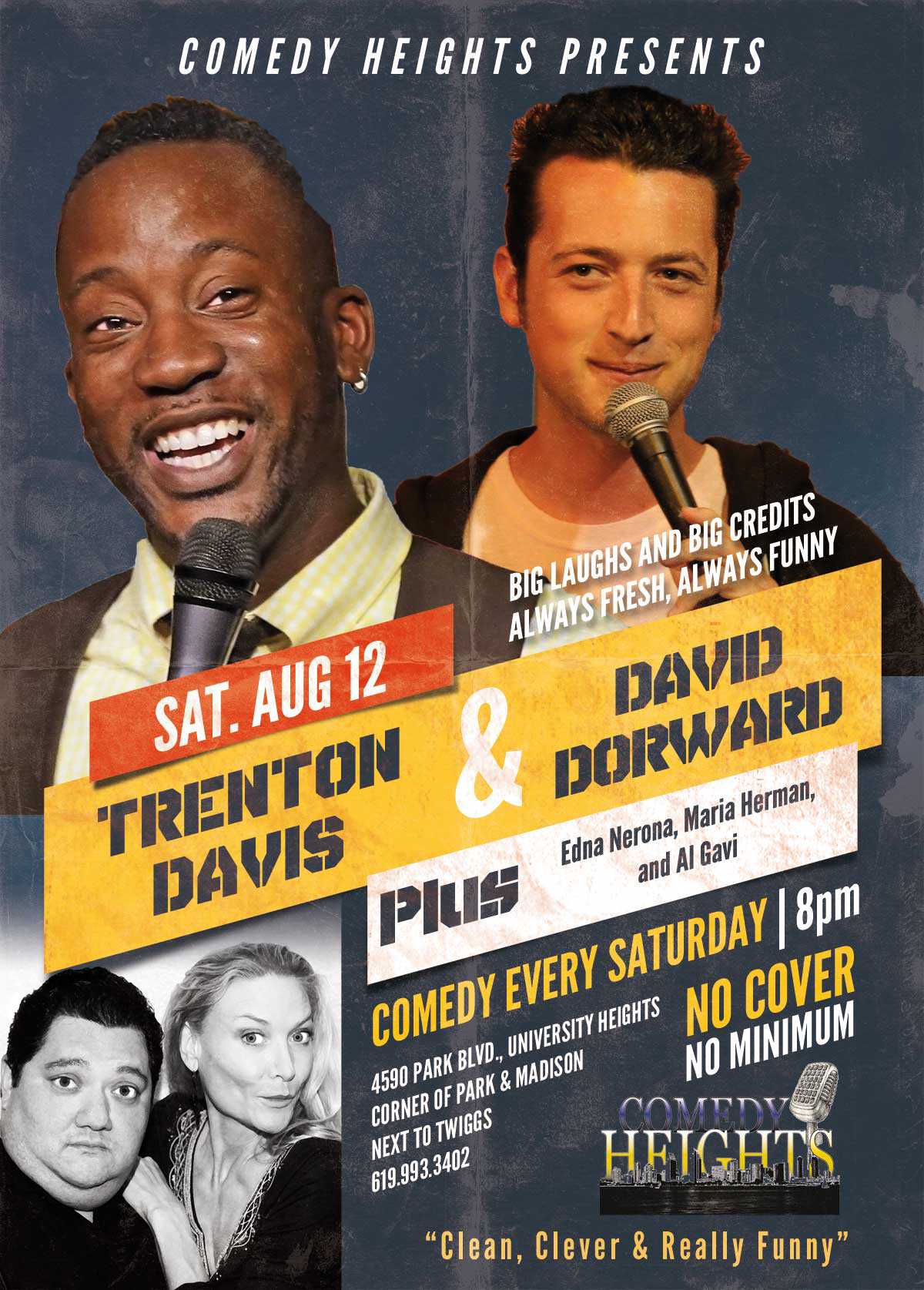