This Saturday at Twiggs Coffeehouse 8PM! Comedy Heights brings you Daniel Eachus and Jake Adams! Together, this pair represents rising young comedy in Southern California. Our headliner, Daniel Eachus, has been a regional finalist on Comedy Central’s “Up Next” and has been featured on Sideshow Network’s “Five Spot”, and produces and write his own skits between delighting audiences up and down the coast. Of course, we’ll fill out our world class lineup with Tyson Faifer, Sarah Burford, Tony Calabrese, JJ Barrows and Comic Con guest from Conan O Brien – Moses Storm! 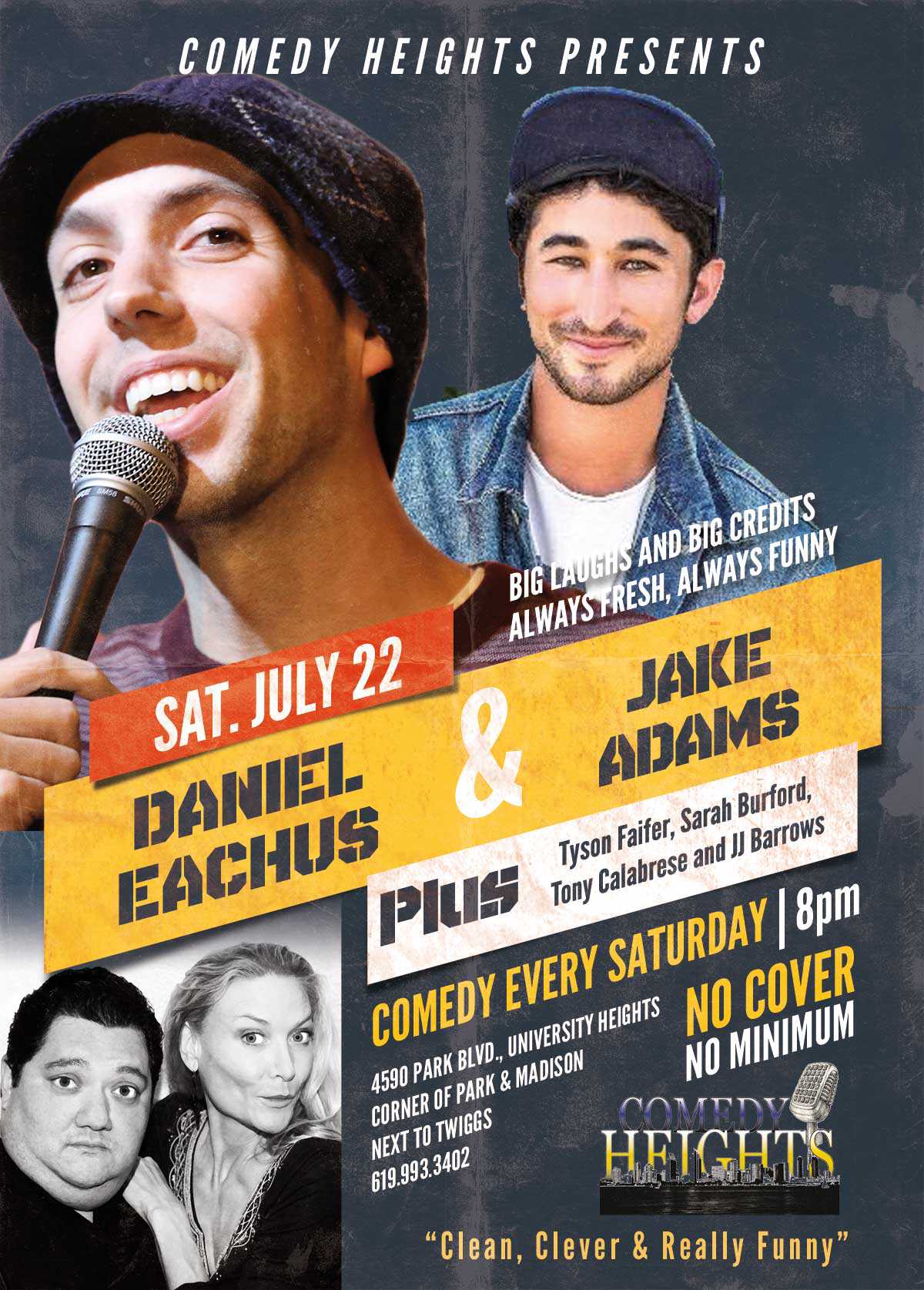