This Saturday at Twiggs Coffeehouse 8PM! Comedy Heights brings you Sarah Burford! Sarah is a San Diego stand-up comedy icon and a great act to see. She has a huge presence and following in the SoCal comedy arena, and we’re thrilled to have her come to our original stage alongside Jonathon Morvay, Frank Traynor, Al Gavi and Maria Herman. 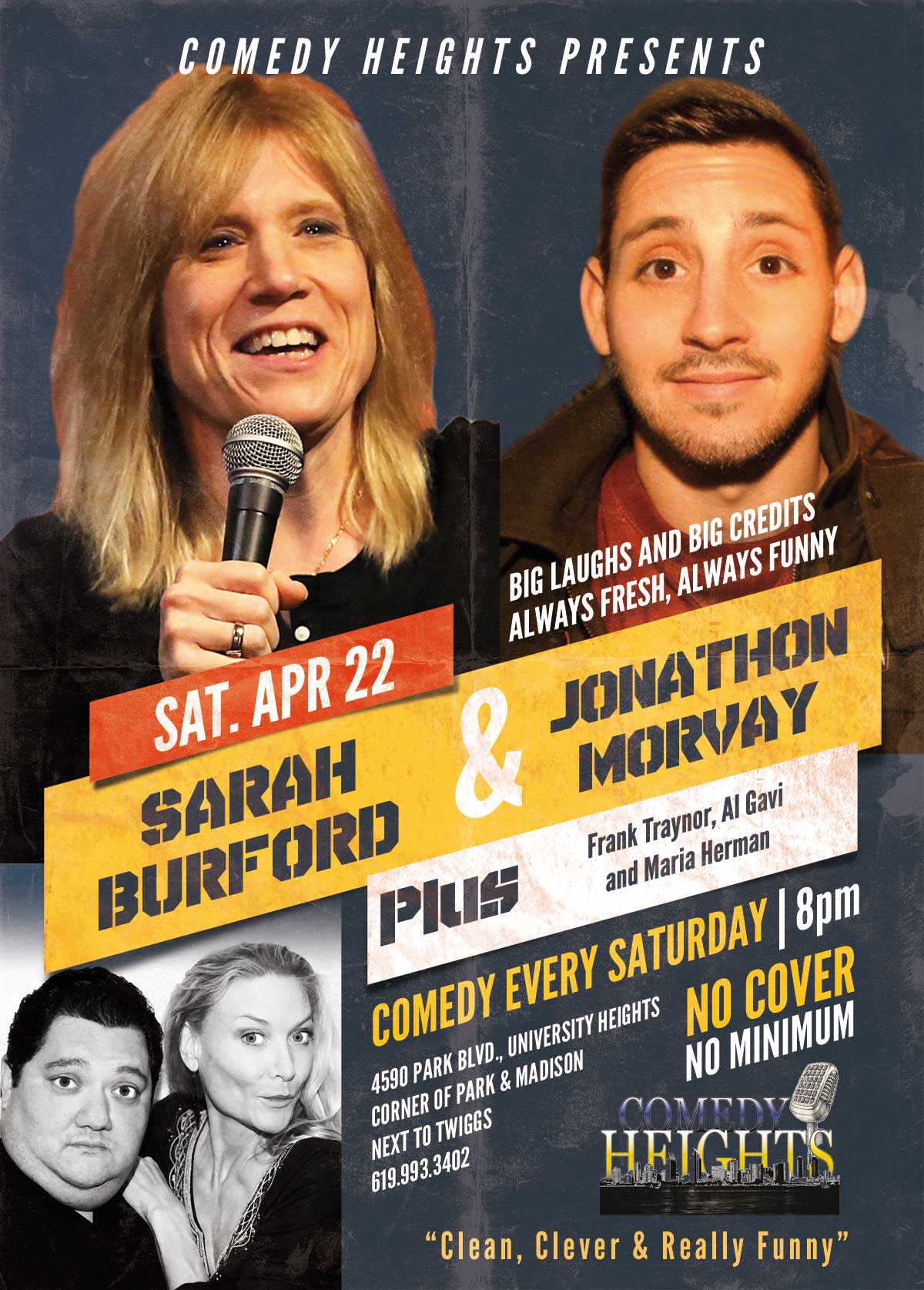