This Saturday at Twiggs Coffeehouse Green Room Comedy Heights presents Taylor Tomlinson and Deric Poston! Taylor will kill this show; we know it, you should know it, and we’re all expecting it now. But before that, we’ll have Deric Poston up on the stage, and if you’ve seen him before, you know you’re in for some hilarious stories and reflections on race that will have you howling. As if that were not enough, we’re completing our lineup with Ehsan Ahmad, Al Gavi, and guest host Maher Matta. 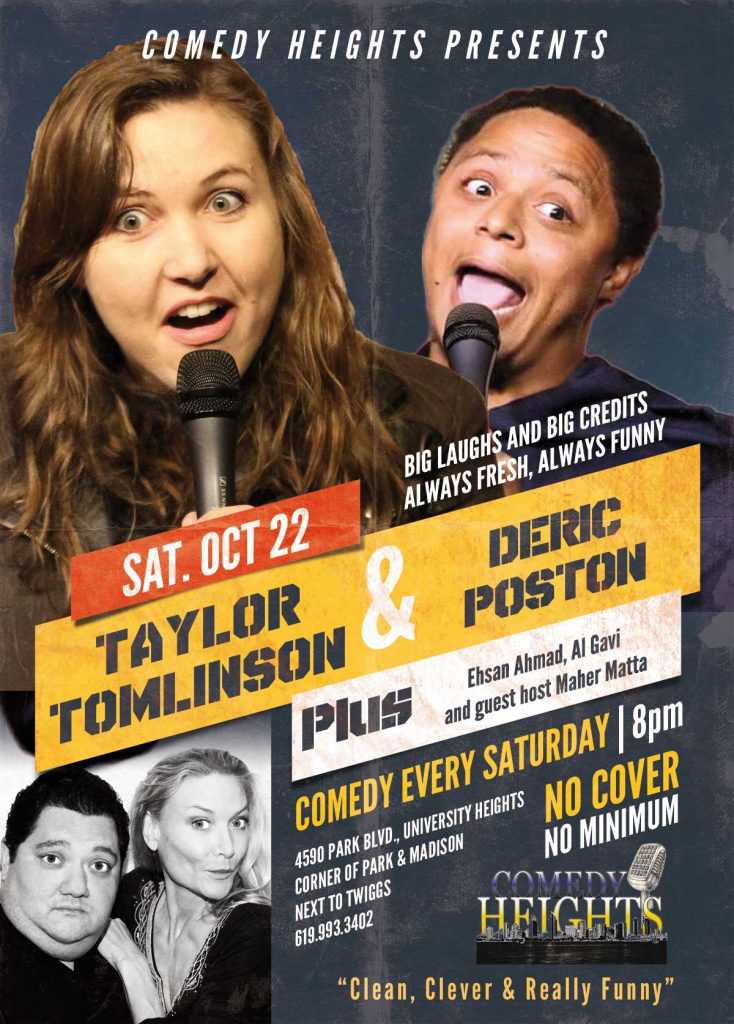