This Saturday at Twiggs Coffeehouse Green Room Comedy Heights presents Dustin Nickerson with Chet Sewell! Dustin brands himself as an “average guy” in comedy, but his well-crafted jokes and observations on being a 30-something white dude got him to the semifinals in San Diego’s Funniest Person Contest, and he performs very regularly throughout Southern California and the US. Chet will also bring the funny and preeminent wordplay as only an MA in can. We’ll also bring the hilarious Michael Castleberry, Al Gavi and guest host Albert Linton to our stage, so it’s gonna be a killer show! 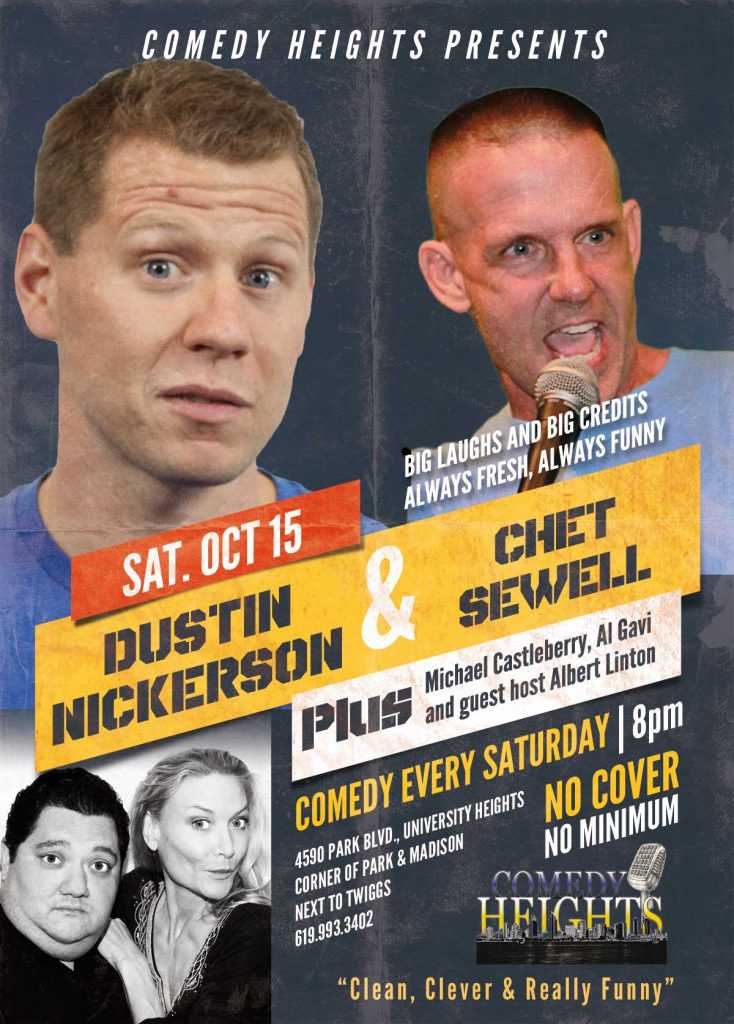