This Saturday at Twiggs Coffeehouse 8PM! Anita Milner! 2016 is almost over! Anita is an 80-year-old stand-up comedian who even tours SoCal in the show, “Funniest Housewives”! The show will be coming to San Diego on March 5th at the Madhouse downtown, but you can get a little preview this weekend! We’re also bringing on Mel Austin, David Rosenberg, Abby November, Al Gavi and Maria Herman! 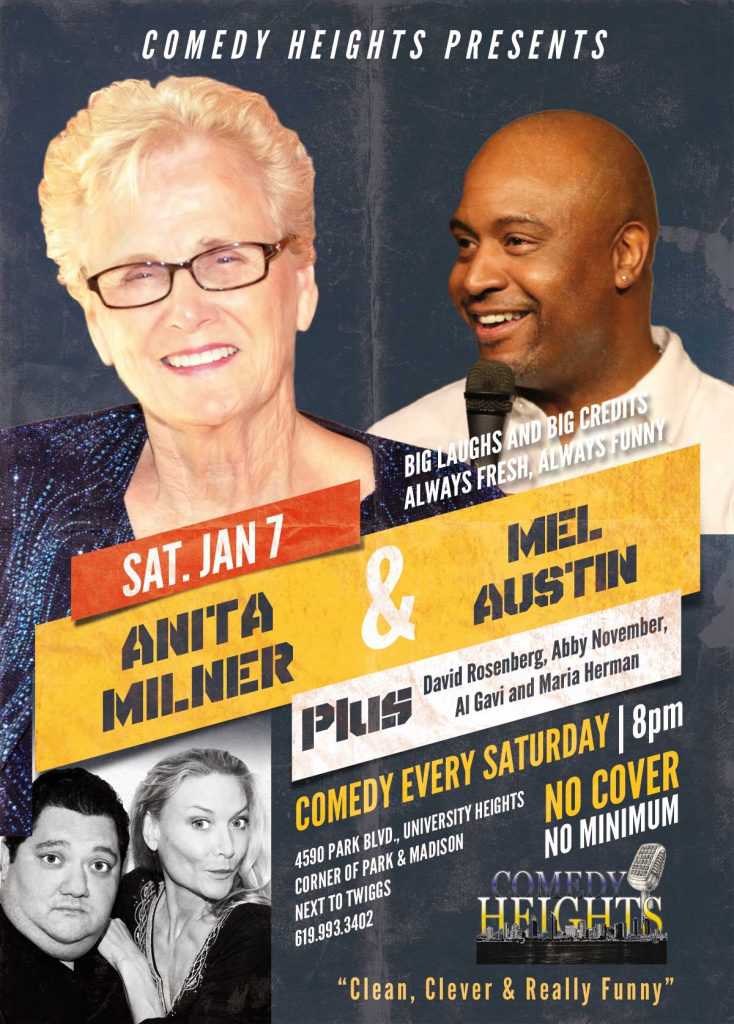