This Saturday at Twiggs Coffeehouse 8PM! Mike Ula! 2016 is almost over! Join us for our last show of the year on New Year’s Eve, we’ll have a send-off worthy of how rough this year has been with a lineup of fantastic comics including Gina Manning, Laura Hayden, Jonathon Falconer, Charlene Mae, and Host Maria Herman. These are some of the best comics in San Diego, so join us to end the year right! 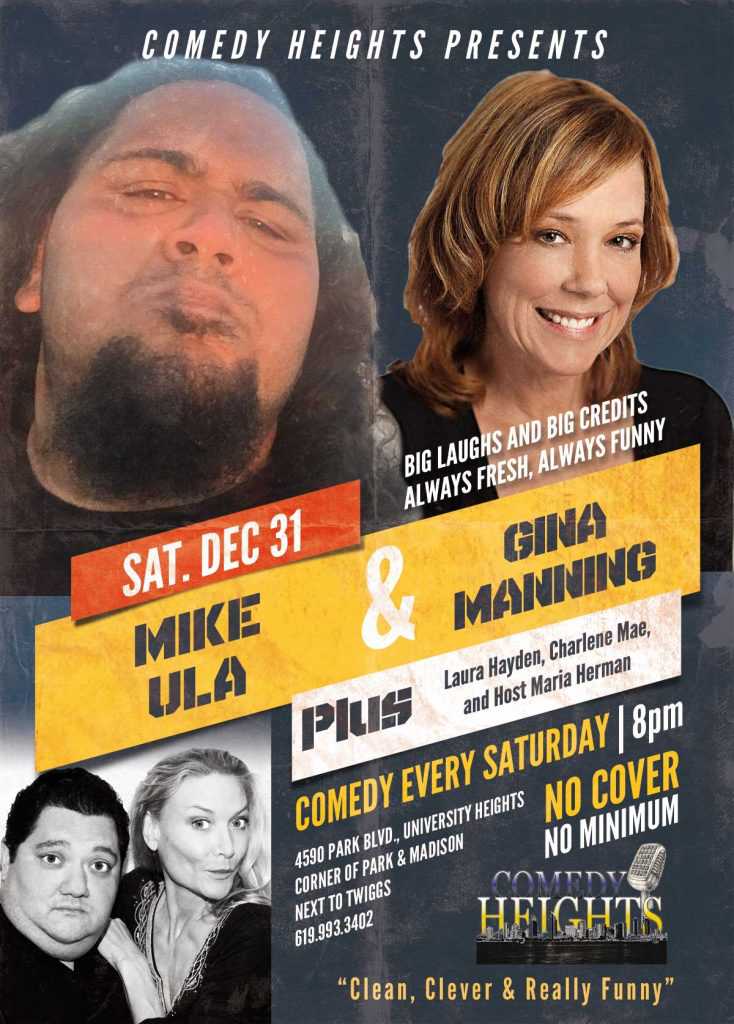