May 6th at Comedy Heights!

This Saturday at Twiggs Coffeehouse 8PM! Comedy Heights brings you Zoltan Kaszas! Zoltan is an incredibly talented San Diego based comic. His uproarious riffs on the banalities of daily life and relationships will have you in stitches. His act has won him The Seattle International Comedy Competition, The San Diego Comedy Festival,  San Diego’s Funniest Person Contest and The Rockstar Energy Drink Comedy Throwdown. Our lineup is filled out by Keith Michael Ashton, Jaleesa Johnson, Al Gavi and Aussie Host Maria Herman 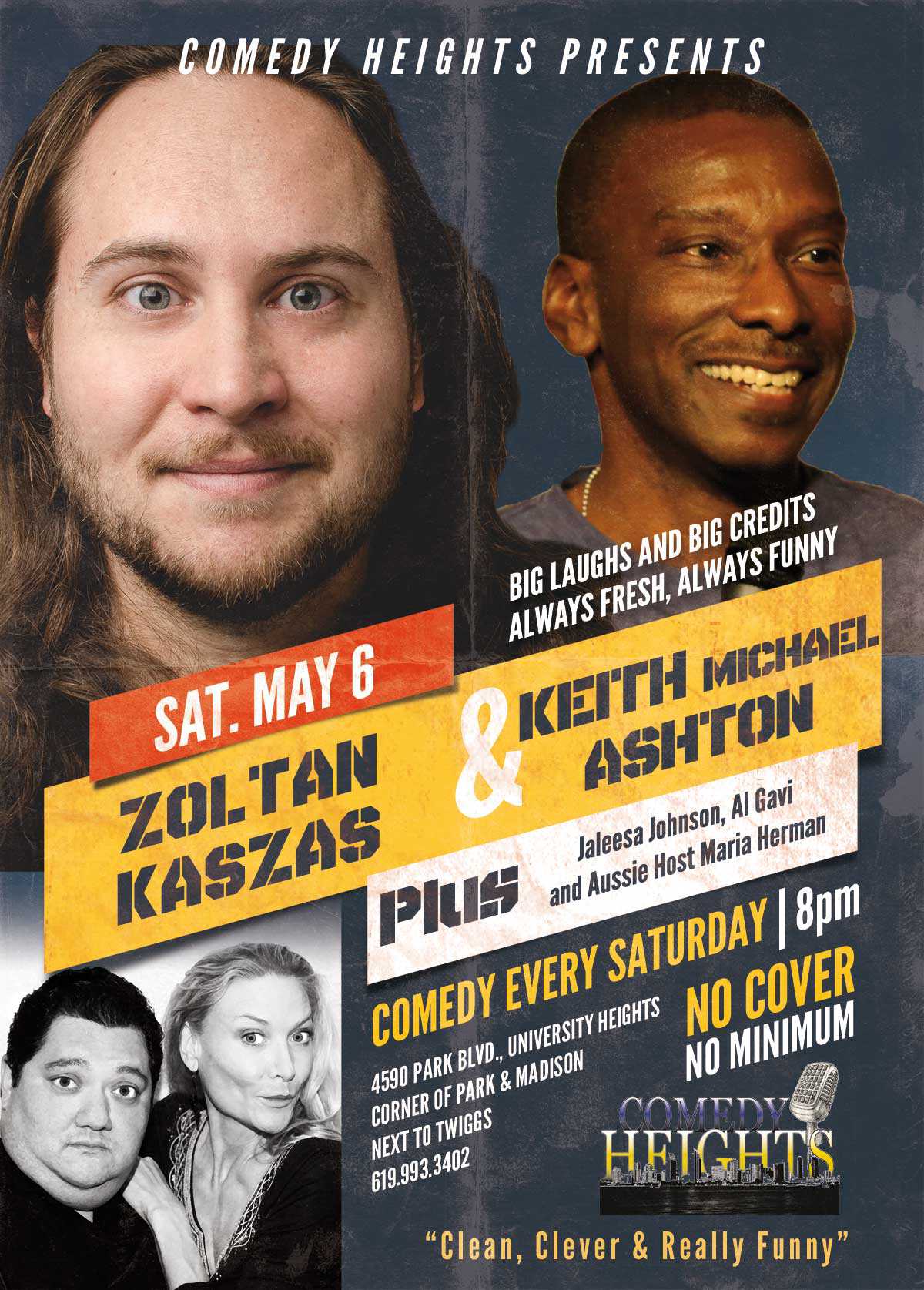