This Saturday at Twiggs Coffeehouse 8PM! Comedy Heights brings you Tony Calabrese! The boisterous and uproarious Tony Calabrese is a Comedy Heights and SoCal favorite who has appeared at clubs and corporate events all up and down the West Coast. His unique style and energy is always a must-see act, so don’t miss out! Naturally, Comedy Heights never slouches on the lineup – we’ve also got Alfonso Ochoa, Jim Billingsley, Max Rosenblum, Stephen Nicks, Al Gavi and guest MC Lisa Gilbert. 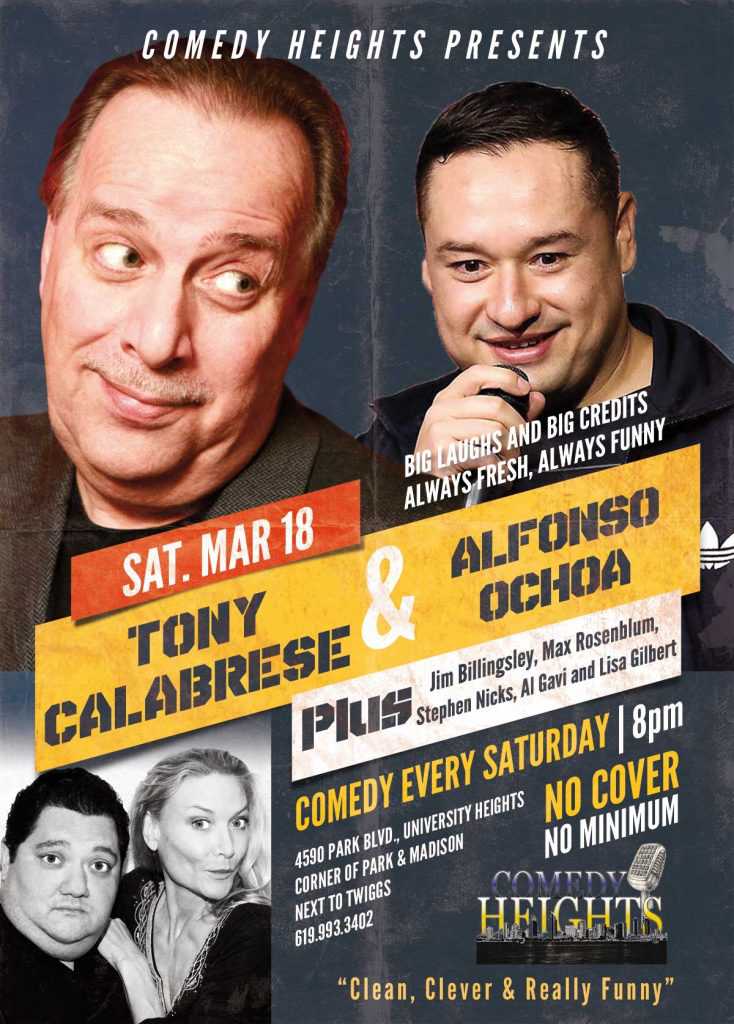