This Saturday at Twiggs Coffeehouse 8PM! Mark Christopher Lawrence is known for his many TV roles, including “Big Mike” on NBC’s “Chuck” and shows like Glee, Heroes, Seinfeld, and My Name is Earl. He’s a major nationally touring comedian, and we’re thrilled to have him this weekend. The lineup is fantastic this week, also including Chris Lev, Scott Blumen, Al Gavi and MC Cat Alvarado! 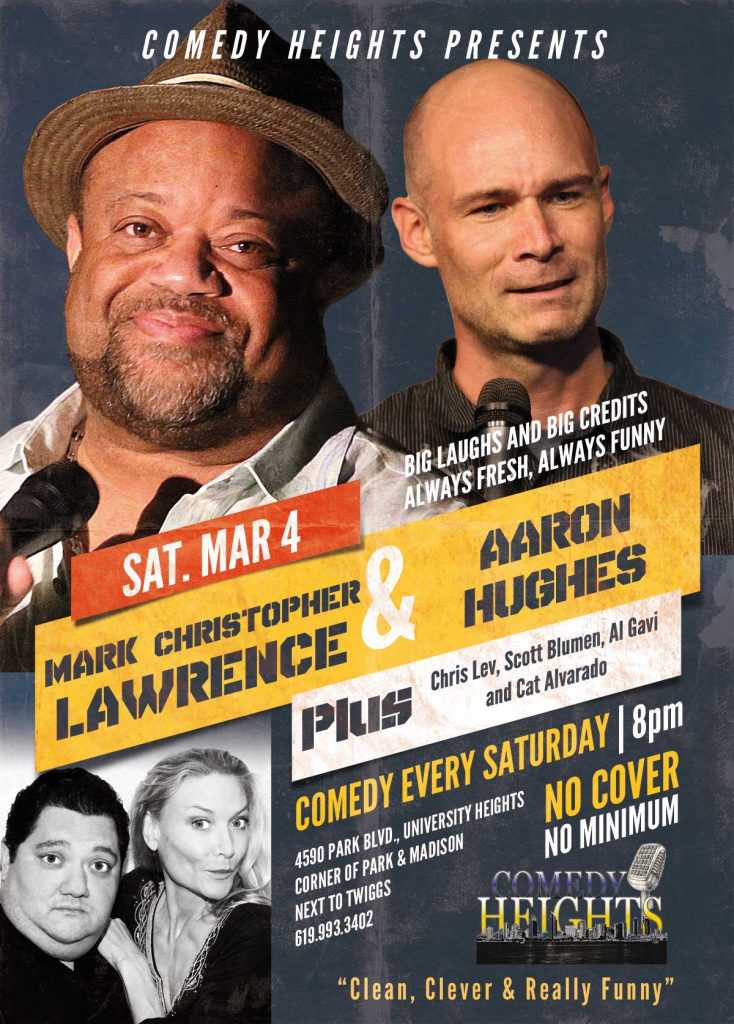