This Friday, 8PM at Bay Bridge Brewing! Sam Demaris! His performances are very fast-paced, very high-energy and will often leave audiences wondering, “did he just say what I think he said?” He started his comedy career in Houston, Texas and in 2002, he took home the gold in the Houston Laff Stop’s “Houston’s Funniest Person” competition in which he beat out a total of 65 other comedic hopefuls. He had only been doing comedy for one year at the time. Since then, Sam has gone on to do countless gigs across the United States as well as a two week tour of Iraq and Kuwait to perform for the United States Army. We’ll also have Mike Devore, Chet Sewell, Maria Herman and Al Gavi! 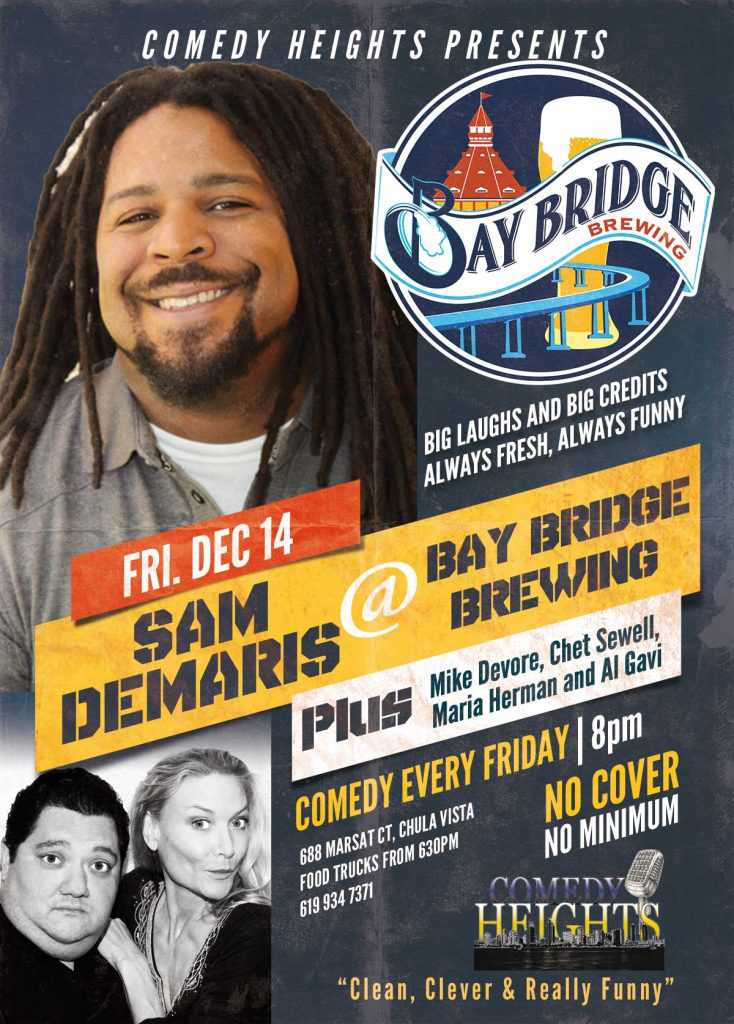