This Friday at Bay Bridge Brewing 8PM! Sean Williams with Austin Train, Paula Faust, Shaun Arredondo, and host Al Gavi! Sean has an uproarious self-deprecating style developed from an upbringing as the baby in his family. After a debut at the Ice House in 2010, Williams has been keeping the laughs rolling, performing in clubs like The Comedy Store, Aces, Flappers, and the Comedy Palace. 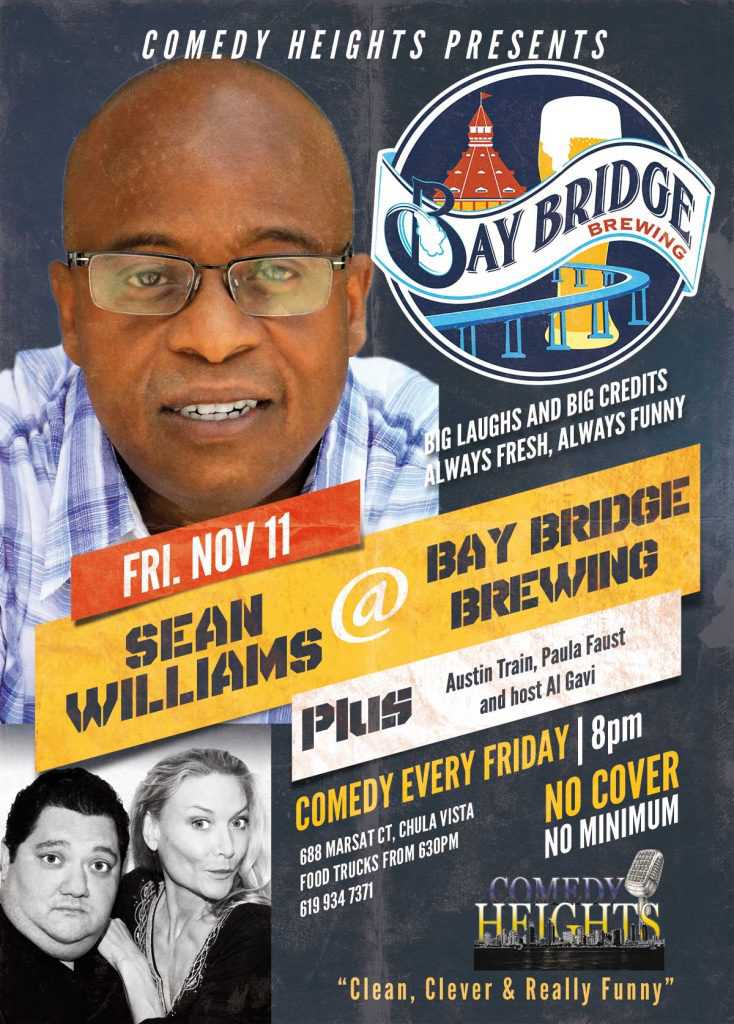