This Friday at Bay Bridge Brewing 8PM! Comedy Heights presents Jason Cheny! Cheny has a unique perspective that he brings with energy and intelligence to every performance. He’s appeared on “Laughs” on Fox, he’s been a finalist on the World Series of Comedy, and appears regularly in clubs across Southern California. We’re also bringing in David Dorward, Dan Venti, Neil Singh and host Al Gavi, so come on out! 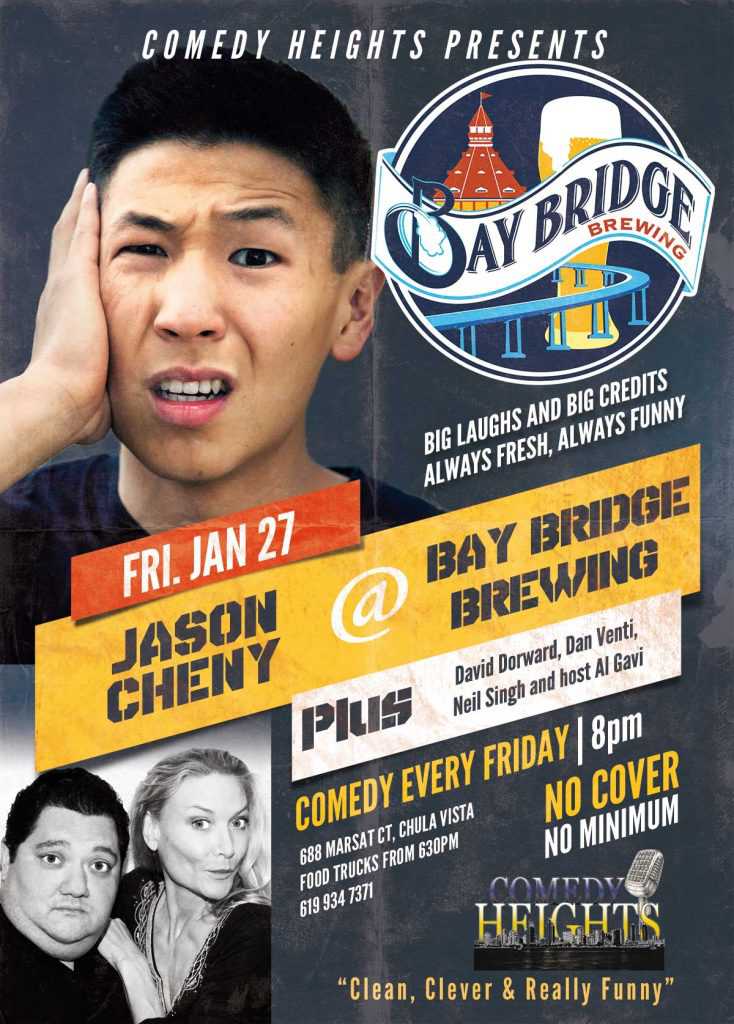