This Friday at Bay Bridge Brewing 8PM! Comedy Heights presents Bijan Mostafavi! You’ve seen him on Tonight in San Diego, and delighting Comedy Heights audiences in the past, Bijan Mostafavi is sharp wit and amusing storyteller who has a large presence in the SD comedy scene. The best little brewery in Chula Vista is also hosting David Rosenberg, Morey Sherman, Alan Henderson, Maria Herman and Al Gavi this Friday, so come on down! 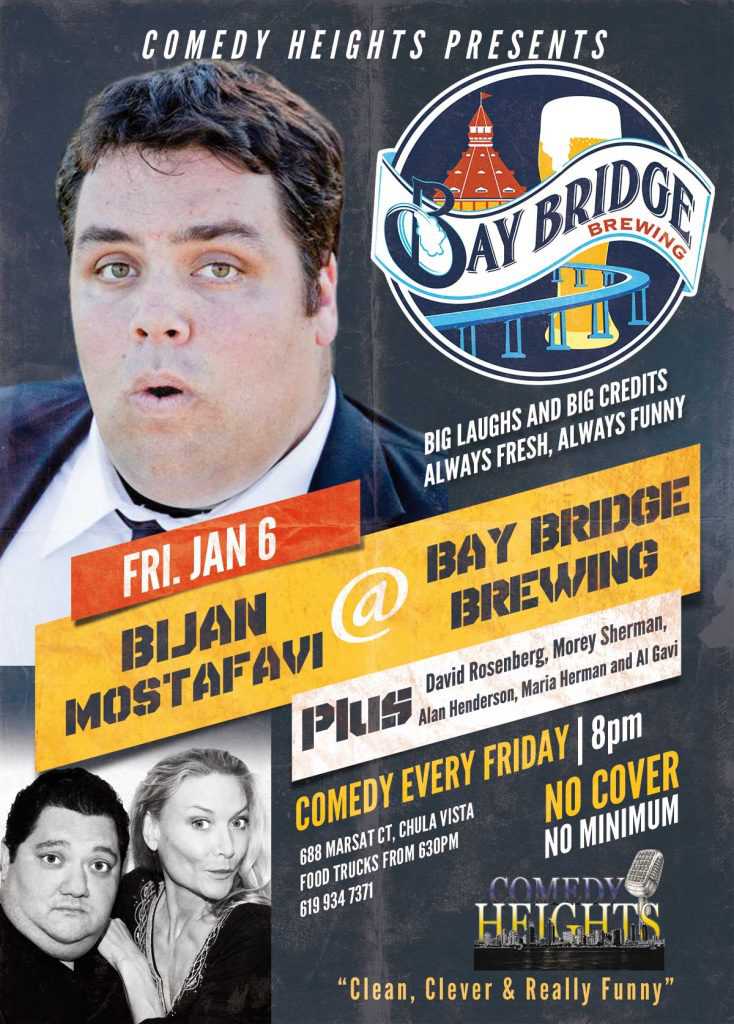