This Friday at Bay Bridge Brewing 8PM! Comedy Heights presents Zoltan Kaszas! Hailing originally from Hungary, Zoltan has made a big splash in the SoCal comedy scene lately. In just the past few years, he has collected comedy competition wins from Seattle to San Diego with his charming and disarming wise-cracks. Before our headliner takes the stage though, we’ll be bringing up Mike Devore, Jennifer Purdie, Max Rosenblum, and Al Gavi! 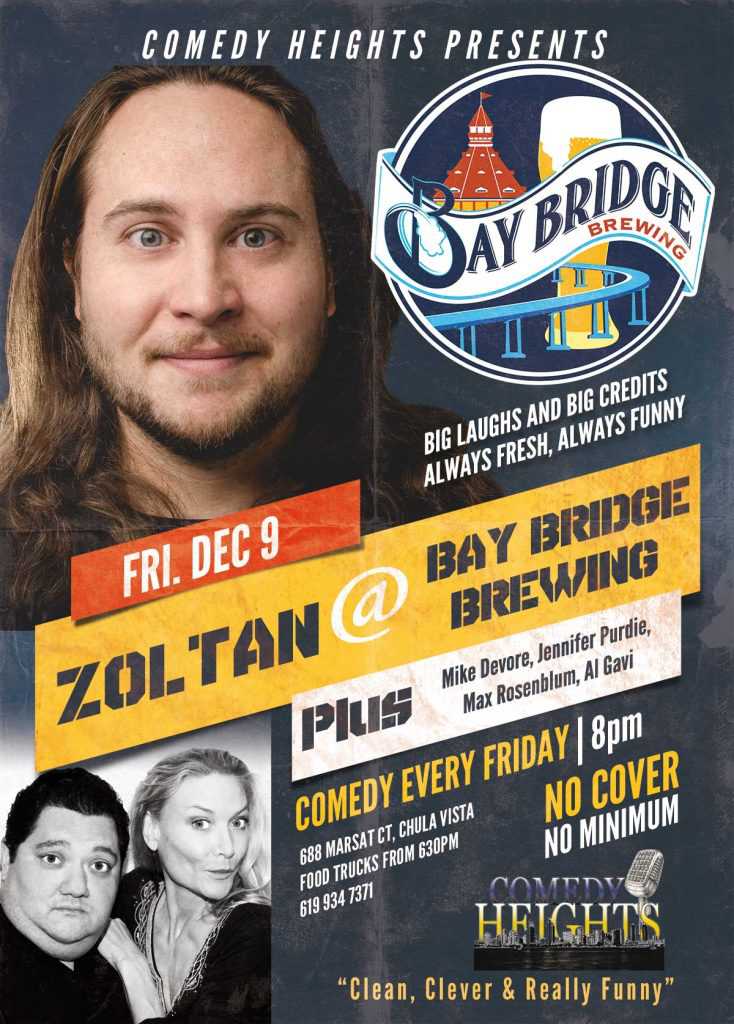