This Friday at Bay Bridge Brewing 8PM! Comedy Heights presents Zan Aufderheide! The inimitable Zan got her start by winning a radio contest, which was followed by a national tour, and then nonstop laughs from the Laugh Factory in Hollywood to the Gotham Comedy Club in New York City. Laugh off the wallet-draining sales and holiday shopping craze this Friday with Zan Aufderheide, Josh Nelson, Lisa Gilbert, Al Gavi and Maria Herman! 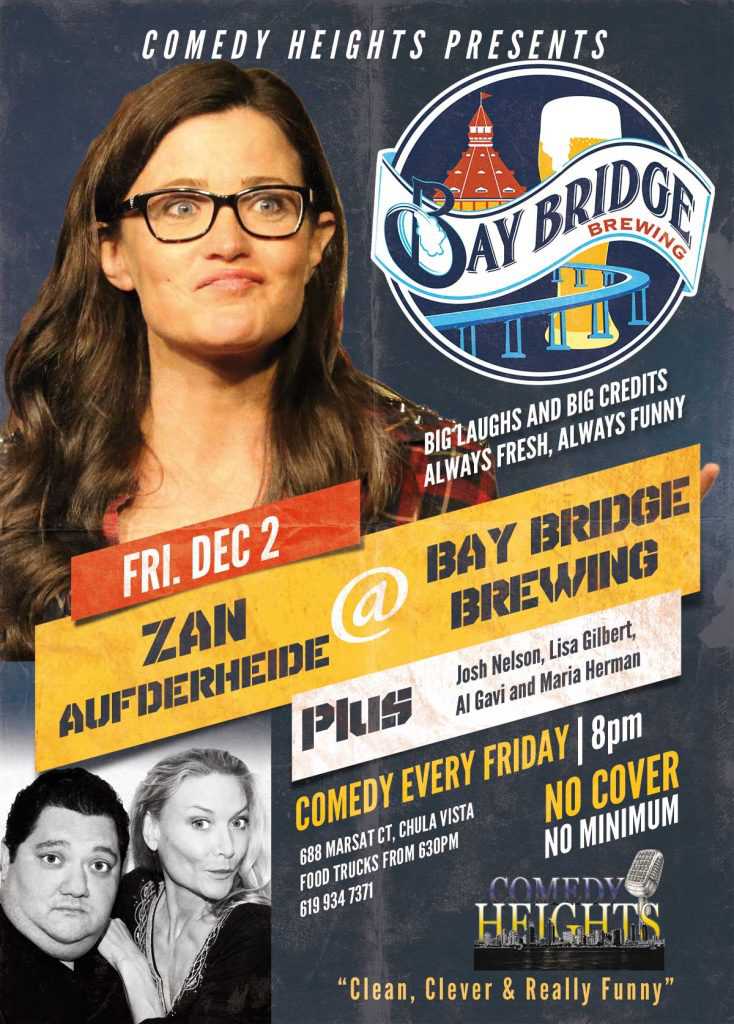